After a summer of success in closing contracts with small firms in the financial services sector, Solace Systems is moving up-market in response to growing interest in its hardware appliance messaging solutions from large investment banks seeking to cut cost and complexity out of IT infrastructure while improving performance and coping with big data requirements.

Among the company’s wins over the summer is Akuna Capital, a boutique trading house founded in Chicago in 2011 and specialising in derivatives market-making and arbitrage. It has replaced in-house built middleware with Solace messaging appliances that provide the data distribution layer of its global high-speed trading system.

Another three youthful firms that signed up for Solace solutions this summer are Fluent Trade Technologies, a provider of fast and flexible electronic trading services; Pico Quantitative Trading, a provider of low-latency trading and risk management services; and Connectivity in a Box, a provider of FIX connectivity as a managed service. These three are building cloud-based businesses around their own technical expertise and selected Solace messaging appliances on the basis of their performance, predictable latency, ease of management, reliability and multi-tenant capability.

While these attributes are key to young adventurers with lofty ambitions, they are also proving highly desirable among established financial institutions that are trying to scale down IT infrastructure.

Larry Neumann, senior vice president of marketing at Solace, explains that smaller cloud-based businesses using Solace’s messaging solutions have the advantage of being able to differentiate what they do in terms of business, leveraging Solace’s products that outperform software messaging in terms of performance and reliability. He says: “We build equipment to solve messaging problems, so we design chipsets, boards and cards just for that purpose. Software messaging could be based on Intel servers running an operating system and messaging software built on top. Our end-to-end hardware can run 10 to 50 times faster than software using generic computers. It can also handle high data volumes and spikes, and show a stable, predictable behaviour pattern that is hard to achieve with software.”

It is this performance, reliability and ability to replace many generic servers with few hardware messaging appliances that is driving interest in Solace among financial institutions. Barclays Capital was an early adopter in February 2009 and Neumann says other institutions that choose not to be named are using the company’s technology and more are signing up.

“This is about cost reduction,” he says. “A large institution could have 2,000 or more servers dedicated to messaging. If 100 hardware appliances can do the same work, then there is no need for software upgrades, operating system and software licences. The cost structure is reduced, the footprint is reduced and it becomes simpler to manage 100 appliances with integrated management.” Neumann describes a global desire to cut costs as well as a need to improve performance as the appeal of Solace’s technology to financial institutions. He points to embedded technology that optimises wide area network (WAN) messaging, making it 20 to 30 times faster than deployed software solutions and attractive to markets such Asia/Pacific where WANS are used to connect dispersed financial centres.

In terms of the kinds of conversations Solace is having with large customers and prospects, Neumann reports a focus on big data, saying: “As more apps are built around big data, more volumes of data have to be moved. We are pushing the boundaries on throughput.”

The company’s latest appliance add-in card, or Network Acceleration Blade, which was previewed in May 2013 and is now available in the market, quadruples the throughput of the Solace 3260 middleware appliance to route 40Gbps of bidirectional traffic for a total of 80Gbps. That is a huge amount of data, but Solace is betting on big data continuing to grow and be distributed. Shawn McAllister, Solace chief technology officer, explains: “Building the infrastructure to intelligently route big data by horizontally scaling software is expensive and inefficient, so companies see significant savings by scaling vertically within the footprint of their Solace appliances.” Neumann adds: “We want to be the de facto solution for moving big data using hardware.”

If data volume is important, so too is speed, although Solace avoids playing at the pinnacle of low latency, preferring to offer low latency, as well as reliability and resilience for trading. Neumann says: “Low latency is the new norm for trading, but as a vendor we focus not on price arbitrage, but on unique trading strategies that are about doing things quickly, but not necessarily fastest – a few microseconds won’t lose trades.”

The company typically quotes 10 microseconds for market data messaging between a feed and a trader. It also points out that hardware can support millions of messages at the same latency as one message, and can handle volume spikes without delays, providing a predictable messaging process.

Not surprisingly, Neumann is optimistic about Solace’s prospects in the financial services market, which represents about half of the privately held company’s total business – the other half covers the energy, manufacturing, internet services, government, telecom and logistics sectors. He won’t be drawn on exact customer numbers, but says they run into hundreds worldwide, with Gartner placing Solace third in the messaging market in terms of revenue behind IBM with its Webphere MQ messaging software that is used widely in banking transactions, and Tibco Software, which has made a name for itself in market data services with its software messaging. The company also faces occasional competition from players such as VMware and Informatica.

As Solace’s customer base grows, so too is its workforce expanding, with about half of its 120 staff based at headquarters in Ottawa, Canada, where engineering takes place, and the other half making up sales and support teams across the US, Europe and Asia Pacific.

END_OF_DOCUMENT_TOKEN_TO_BE_REPLACED 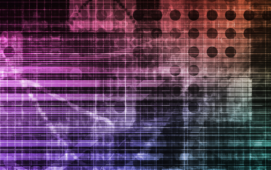