The switchboard at Netik must be having one hell of a time at the moment, given the range of new names they have had to memorise to take into account the catalogue of people moves that have gone on at the data management outsourcing solution vendor so far this year. The latest new recruit to add to the list is ex-SmartStream reference data utility head John Mason, who has joined as Netik’s new chief operating officer. If nothing else, the appointment is a signal that the vendor has not taken its eye off the reference data ball, in spite of its new focus on the front office.

Netik’s new hires thus far have largely been from the front office user community, such as its new CEO and president Rob Flatley, who joined from Deutsche Bank’s Autobahn Equity division earlier this year and his former colleague at Deutsche, Ishan Manaktala, who joined in May as its new head of Asia. This hires are all part of the master plan of Symphony Technology Group, which acquired the vendor from previous majority owner Bank of New York Mellon in 2008, as it reaches a new “milestone in evolution”, according to Andy Eckert, general partner of the private equity firm. The vendor is hoping to retain its traditional back office focus on reference data and outsourcing but is planning to expand its reach in the market data world.

While Flatley and Manaktala certainly fit the latter category, Mason is certainly of the former category. His experience at the helm of SmartStream’s DClear Utilities division should stand him in good stead in the world of reference data where utilities seem to be the buzzword within the regulatory community and vendors seek to alter their pitches accordingly (even if the realisation of a utility is many years down the road). Prior to this role, he was UK managing director responsible for sales and services for SmartStream’s range of financial solutions.

Moreover, Mason actually has direct experience of some of Netik’s portfolio: he was EMEA managing director of Capco Reference Data Services (CRDS), which Netik acquired back in 2008 and has since evolved into its Global Securities Master (GSM) solution. He is therefore no stranger to the data management solution set itself and also has useful experience from having worked at Netik competitor GoldenSource (in the days when it was FTI) in a previous role.

In his new role, Mason will be charged with responsibility for the direct management of the company’s day to day global operations, as well as the strategic and operational leadership of Netik’s sales department. His focus will be to expand Netik’s drive into its key market areas of delta one trading data, managed reference data services and data warehousing. The role will also see Mason taking responsibility for the company’s employees and clients across Netik’s centres in Asia, Europe, Middle East, South Africa and North America. He will sit on Netik’s executive management team, reporting directly to Flatley.

Given that SmartStream has yet to announce a successor for Mason, who left the firm quite a few months ago, and seems keen to integrate the DClear Utilities unit further into its wider solution set, it will be interesting to see what impact this move has on the utility solution’s fortunes overall.

END_OF_DOCUMENT_TOKEN_TO_BE_REPLACED 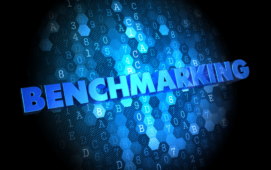