SIX is planning a series of strategic changes aimed at strengthening its competitiveness and that of the Swiss banks that own the company. Among the changes, the group will consolidate its market position in the data business, in particular in international reference data. In the securities business, it will merge its exchange trading and post-trading operations into one organisational unit, with all securities trading services provided from a single source. The group will also set up an innovation unit and establish a CHF 50 million venture fund to promote innovation within Switzerland’s financial centre.

The changes will be implemented in the second quarter of 2018 and also include plans to reorganise the company’s payments operation and hive off its card business into a separate business unit.

Jos Dijsselhof has been named as SIX CEO from January 2018 and will oversee the restructure. He succeeds Urs Rüegsegger, who announced in May that he would step down. Dijsselhof has a track record in international financial management with ABN Amro Bank, Royal Bank of Scotland and ANZ Australia & New Zealand Banking Group. Most recently, he was chief operating officer at Euronext in Amsterdam.

The shake-up follows a board level review throughout 2017, resulting in a renewed focus on core business. SIX states: “The board of directors has taken a clear stance in favour of a strong, shared financial market infrastructure in Switzerland. In this realignment, SIX will focus consistently on infrastructure services for its shareholders and the financial centre in securities, payment services and financial information, which form the company’s core business. In future, the company will operate exclusively under the SIX brand.”

Recorded Webinar: The opportunities and challenges of open source symbology

This webinar has passed, but you can view the recording by registering here. Open source symbology initiatives that offer free access to unique identifiers designed to help financial institutions manage information from financial instruments to events and people are emerging in capital markets. Their aim is to overcome the complexity of managing multiple vendor and...

END_OF_DOCUMENT_TOKEN_TO_BE_REPLACED 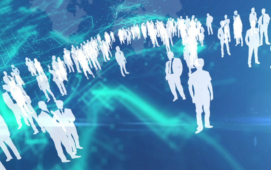