SIs on the Rise Across Asset Classes

There’s been much speculation about the revival of the Systematic Internaliser (SI) as Markets in Financial Instruments Directive II (MiFID II) has sharpened its rules. So, now that we’re almost two months into the new regime, how is it looking?

Luckily the regulators (e.g. ESMA and FCA) publish registers of all their SIs, and the asset class they’re active in, telling us something about the evolving market structure. Even though ESMA’s list seems incomplete (where are the Swedish SIs, for example?), with the help of ISO 10383 you can reasonably close those gaps. 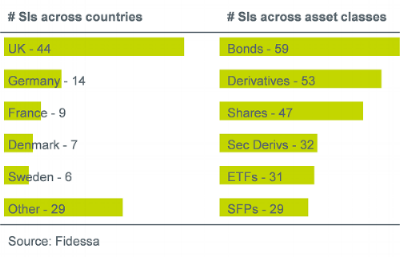 Currently, there are about 109 SIs in varying states of registration in Europe. Given that pre-MiFID II there were less than 20, that’s a considerable increase. In terms of distribution across countries, there are no real surprises with the usual suspects at the top. But, more interesting, is the distribution across asset classes. Designed with equities in mind, SIs appear to be conquering other asset classes too, with more of them active in bonds and derivatives. Who would have thought it?

END_OF_DOCUMENT_TOKEN_TO_BE_REPLACED 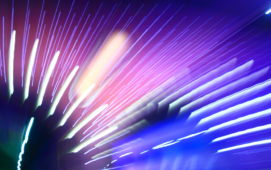