A “significant” number of US private companies are interested in the introduction of accounting standards based on International Financial Reporting Standards (IFRS), according to a recent online poll by consultancy firm Deloitte & Touche. The poll, which took place during a webcast with around 1,700 finance professionals, indicated that 40% of respondents were considering taking positive action towards adopting the standards.

According to the results, 14% said they would consider adopting the International Accounting Standards Board’s (IASB) new standards in the near future, while 26% said they would assess the costs and benefits of adoption. The IASB is currently working on a project around private entity reporting, which is expected to be completed later this year and is due to result in a simplified version of full IFRS for the US market.

Meanwhile, the Securities and Exchange Commission (SEC) has recently taken the decision to extend the comment period by two months for responses to its proposal to allow US corporates to use the IFRS standards. Firms have until 20 April to provide feedback and amendments to the proposals for a roadmap that would have them filing financial results under IFRS by 2014.

DJ Gannon, partner at Deloitte & Touche and national leadership partner of the IFRS Solutions Centre, reckons the poll results bode well for the future of IFRS in the US market. “It indicates that US private companies are responsive to having standards geared specifically toward their needs, which may be different from that of public companies,” he explains.

Around 85% of respondents found something appealing about the IASB project, including 33% that were keen on the idea of having a simplified, self-contained set of accounting standards that are appropriate for private entities, says Deloitte. Of the respondents, 30% believed these standards would reduce their financial reporting burden, and just over 21% cited better comparability for users of private company financial information.

END_OF_DOCUMENT_TOKEN_TO_BE_REPLACED 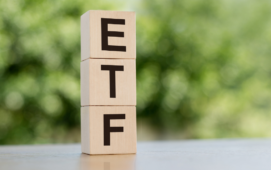