Last month, the Senior Supervisors Group (SSG), which is comprised of 10 regulatory bodies from seven countries, published a report examining the funding and liquidity issues central to the recent crisis. The report explores critical areas of risk management practice that the SSG feel warrant improvement across the financial services industry, including tackling firms’ fragmented risk IT infrastructures, poorly integrated data and their inadequate liquidity risk management.

Firms need to invest in their risk management systems and data management, if they are to properly tackle the underlying issues highlighted by the financial crisis, according to the SSG’s report. “Overall, the crisis highlighted the inadequacy of many firms’ IT infrastructures in supporting the broad management of financial risks. In some cases, the obstacle to improving risk management systems has been the poor integration of data that has resulted from firms’ multiple mergers and acquisitions,” states the report.

These underlying deficiencies have therefore been affecting firms’ ability to implement effective transfer pricing, consistently value complex products throughout an organisation, estimate counterparty credit risk (CCR) levels, aggregate credit exposures quickly, and perform forward looking stress tests, says SSG. “Building more robust infrastructure systems requires a significant commitment of financial and human resources on the part of firms, but is viewed as critical to the long term sustainability of improvements in risk management,” it continues. Proof that, yet again, risk and data management are again at the top of the regulatory agenda.

The report, which is a companion and successor to the group’s first report, Observations on Risk Management Practices during the Recent Market Turbulence, published in March last year, also identifies liquidity risk management as a particular area that warrants improvement. In his opening statement, chairman William Rutledge indicates that an “unrealistic assessment of liquidity risks of concentrated positions” was one of the key underlying factors in the financial crisis.

The new report is more of a negative critical assessment of the state of the industry’s risk management function, whereas the first report identified best practices that were worthy of note. The 2008 report identified a number of risk management practices that enabled some global financial services organisations to withstand market stresses better than others through the end of 2007.

In its new report, the SSG has therefore identified various deficiencies in the governance, firm management, risk management, and internal control programmes that contributed to, or were revealed by, the financial and banking crisis of 2008. Apart from liquidity, the other main areas for improvement include the need for firms’ boards to establish risk tolerances and to tackle “inadequate and often fragmented technological infrastructures that hinder effective risk identification and measurement”. Moreover, risk management should be a more independent function within a firm and should not conflict with existing compensation programmes in place, says the group.

The findings are based on the work of the SSG over the last 12 months including interviews conducted at the end of 2008 with 13 firms to review specific funding and liquidity risk management challenges faced, and lessons learned, during the year. During the first quarter of 2009, the group also asked 20 global financial institutions in its members’ respective jurisdictions, Canada, France, Germany, Japan, Switzerland, the UK and the US, to assess their risk management practices against a compilation of recommendations and observations drawn from several industry and supervisory studies published in 2008.

The report is also based on work conducted during the spring of 2009 that involved SSG members reviewing the assessments and conducting follow up interviews with 15 of the firms previously interviewed to explore areas of continued weakness, as well as changes to practice undertaken recently. The report therefore presents the SSG’s primary findings from these initiatives.

Rutledge states: “In their self-assessments, firms generally indicated that they had either fully or partially complied with most of the recommendations. SSG members, however, found that the assessments were, in aggregate, too positive and that firms still had substantial work to do before they could achieve complete alignment with the recommendations and observations of the studies. In particular, supervisors believe that a full and ongoing commitment to risk control by management, as well as the dedication of considerable resources toward developing the necessary information technology infrastructure, will be required to ensure that the gaps between actual and recommended practice are closed in a manner that is robust and, especially important, sustainable.”

So, the regulatory community has officially stated that better risk management technology is needed? That must be music to vendors’ ears…

The SSG admonishes the industry for ignoring the findings of its first report, but notes that this is likely due to the “considerable investment and expertise” needed to carry out the suggested changes. The regulator is cognisant of the cost of rolling out a new risk infrastructure but stresses that such an investment allows for better performance in the long run.

It identifies four areas that can act as performance related competitive advantages: effective firm-wide risk identification and analysis; consistent application of independent and rigorous valuation practices across the firm; effective management of funding liquidity, capital, and the balance sheet; and informative and responsive risk measurement and management reporting. The upshot of this is that regulators are keen for firms to invest in their valuation and risk management IT in order to better meet the requirements of the market and compliance considerations.

Pricing and valuations policies are also in need of a serious revamp: “Many firms acknowledged that, if robust funds transfer pricing practices had been in place earlier, they would not have carried on their trading books the significant levels of illiquid assets that ultimately led to large losses and would not have built up significant contingency liquidity risks associated with off balance sheet exposures.”

SSG criticises the participants in its various studies for trying to put too much of a positive spin on their practices and contends that they still have “substantial work” to do. You can’t fool a regulator that easily, evidently.

Technological improvement is a key area in this and the regulators indicate they will be watching closely to determine whether “discipline and commitment” to tackle these issues is demonstrated by the industry. Be warned, the regulatory community will be monitoring investment in risk IT and data management for some time to come…

END_OF_DOCUMENT_TOKEN_TO_BE_REPLACED 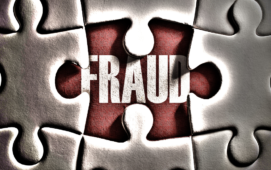