This week’s long awaited Securities and Exchange Commission (SEC) roundtable on the future of the ratings agencies threw up very few surprises. The regulator’s chairman Mary Schapiro confirmed that the agency is planning to change the way that ratings agencies are paid to minimise the potential of conflicts of interest and roundtable participants agreed there was still “much to do” to improve the practices of this sector of the vendor community.

The ratings agencies have come under heavy fire from the regulatory community and the market in general for failing to provide adequate risk assessments for subprime mortgage securities. They have been blamed for proving to be a catalyst to the global financial crisis and regulators are keen to crack down on the vendors.

“As much as we have done, there is still more to do,” Schapiro told attendees to the roundtable. “The status quo isn’t good enough. Rating agency performance in the area of mortgage backed securities backed by residential subprime loans, and the collateralised debt obligations linked to such securities has shaken investor confidence to its core.”

Schapiro has long been critical of the pay structures used by the agencies, which she claims have the potential to encourage them to put profits ahead of ratings quality. Currently, firms must subscribe to an issuer-paid model, which means they must pay to be rated and this accounts for approximately 98% of ratings.

A potential solution to the pay problem may be altering the model so that investors pay to receive ratings data, suggested a number of roundtable participants. Also mooted was the idea that firms should contribute a set amount to a pooled fund from which ratings agencies draw funding.

The SEC has already implemented some changes to tackle potential conflicts of interest by banning analysts from negotiating fees based on their ratings. The rules, which were introduced in December, specifically ban the rating agencies from advising investment banks on how to package securities to secure favourable ratings, accepting gifts of more than US$25 from clients and providing ratings to firms that have already received advice such as corporate structuring recommendations from the agencies.

The roundtable discussions also covered the monopolistic hold of the top three ratings agencies – Fitch, Moody’s and Standard and Poor’s – on the market. Schapiro indicated that the SEC is currently examining whether increased competition in the market would benefit investors and how it could be introduced.

Schapiro went on to propose the idea of an independent oversight body focused on credit ratings, analogous to the Financial Accounting Standards Board (FASB), which sets accounting standards.

A couple of US senators have also been recently campaigning to strengthen the regulation of the sector. Senator Jack Reed, who is also chairman of a Senate banking subcommittee, has recommended legislation that would make it easier for investors to bring class-action lawsuits against rating firms if they misrepresented the risks of securities they assessed. Senator Charles Schumer has also proposed a bill that would require these firms to separate their consulting business from the ratings business.

The ratings agencies have not been resting on their laurels however, and prior to the meeting, Fitch and S&P both elaborated on their plans to revise the way they assess counterparty risks for certain structured products. Fitch is currently seeking comment from the industry about its proposals for asset backed securities in particular, which would require counterparties to put up more collateral against losses and therefore prevent lower rated institutions from taking on the role.

Under the Fitch proposals, counterparties would be required to set aside cash throughout the lifetime of an asset backed bond to cover the potential cost of finding a replacement. These counterparties may also need to attain the highest credit ratings or gain government backing, the proposals suggest.

END_OF_DOCUMENT_TOKEN_TO_BE_REPLACED 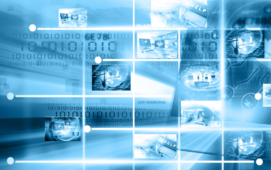 Some 86% of decision makers in buy-side financial firms say their organisation has a significant data management challenge, with 28% citing a fragmented and unreliable data management infrastructure that struggles to cope with increasing data volumes as the biggest challenge they face. A further 8% have a problem with IT bandwidth, stating: “Our IT teams...