This follows the SEC Advisory Committee on Improvements to Financial Reporting’s report, released in February, which recommended that companies should use XBRL to tag their financial data. The mandate is expected to be phased in for additional publicly held companies once XBRL has become a standard way of making SEC reports.

END_OF_DOCUMENT_TOKEN_TO_BE_REPLACED 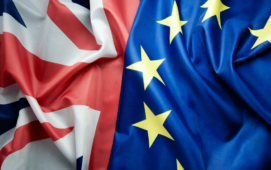 Are You Ready for Brexit?

Things might be up in the air at the moment around Brexit negotiations, but the UK financial regulators have made it very clear that firms must be ready for the final deadline on December 31, 2020 or risk facing the consequences. Firms that don’t prepare in advance for the changing regulatory environment could face tough...