The industry still has a long way to go towards achieving automation in the corporate actions space, says Phillip Silitschanu, senior analyst with Aite Group and author of its recent report into corporate actions standards. “While I knew from personal experience just how ‘manual’ corporate actions processing can be, I was quite surprised how some firms who deal with corporate actions on a daily basis are still clinging tenaciously to their old manual ways, either too complacent or too stubborn to upgrade their technology to the 21st century, and the inevitable acceptance of new messaging standards,” he tells Reference Data Review.

The recent report examines the challenges and benefits of corporate actions standards and makes a case for a move towards ISO 20022 in the long term. It explores various aspects of the corporate actions lifecycle, including associated costs and available solutions, says Silitschanu.

It also examines the remaining barriers to corporate actions automation within financial institutions and why the industry has been so slow to move to ISO standards in particular. “One reason is simple complacency,” he explains. “A firm has a manual or faxed-based, or similar type of corporate action process in place, and they feel there are other, more pressing issues to address.” Corporate actions are therefore typically a subject that many in the investment industry prefer to avoid.

Silitschanu reckons this may be changing however, because as world markets have imploded, firms are now refocusing their energy on improving internal efficiencies and reducing costs. This is especially the case since it is so hard now to actual produce revenue, he adds. “Firms felt that if corporate actions weren’t broken, why fix it? Well, corporate actions were broken; most firms’ corporate actions processes were being held together with duct tape, string and crossed fingers. With an ever greater focus now on risk, and costs, you will see a much greater rush towards adopting the new standards and upgrading corporate actions systems,” he predicts.

The industry largely recognises the importance of getting corporate actions right but the ball is yet to get rolling in some quarters. “100% recognise it, but there is a big difference between recognising that something is critically important, and actually doing something about it. Everyone realises driving drunk is wrong – but every day there are still people who do it,” he says. “The better question is: ‘What percentage are actually doing something about getting corporate actions right?’ That is a hard number to pin down, but from what we have seen and heard from speaking to people in the industry, people are beginning to realise that addressing corporate actions problems is no longer something which can be put off any longer. Even in the current environment, where budgets are being slashed, corporate actions expenditures are still climbing.”

The report also identifies the challenge that is posed by accurately translating corporate actions data into an electronic format. This is where it suggests ISO 20022 should play a role by removing the potential for misinterpretation due to differing messaging terminology or protocols.

However, given the failure of ISO 15022 to gain significant traction in the market, market participants can be forgiven for scepticism about the future of ISO 20022. The take up of this standard needs to be closely monitored in order to judge whether it will achieve success where its predecessor did not.

The time is nigh for corporate actions projects, according to Aite Group. Vendors go forth and conquer.

END_OF_DOCUMENT_TOKEN_TO_BE_REPLACED 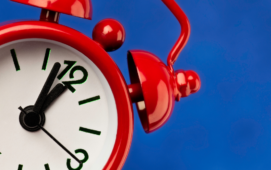