Congratulations on your win in the RegTech Insight Awards Europe 2022.

Please register your staff and/or clients in the form below.

We look forward to celebrating with you at our exclusive RegTech Insight Awards Europe celebratory lunch.

Requests for Special Dietary Requirements
If any of your guests have any special dietary requirements please notify Leigh Hill at awards@a-teamgroup.com by 12th May. 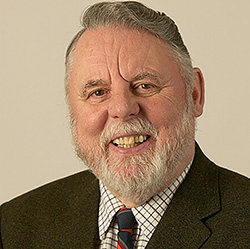 We are pleased to announce that this year’s RegTech Insight Awards Europe will be presented by Terry Waite MBE – Humanitarian.

In the early 1980’s Terry Waite MBE successfully negotiated the release of several hostages from Iran and this event brought him to public attention. In 1983, he negotiated with Colonel Ghadafi for the release of British Hostages held in Libya and again was successful. In January 1987, While negotiating for the release of Western Hostages in Lebanon, he himself was taken captive and remained in captivity for 1,760 days, the first four years of which were spent in total solitary confinement.

Following his release in September 1991, he wrote his first book “Taken on Trust”. This quickly became an International best-seller and headed the lists in the UK and elsewhere. Following his experience as a captive, he decided to make a career change and determined to give himself to study, writing, lecturing and humanitarian activities. His second book “Footfalls in Memory”, was published in the UK in 1995 and again was a best-seller.

We look forward to celebrating with you on the day!