OTAS Technologies’ Lingo technology synthesises market data, charts and informational graphics to produce natural language text for users to read, explains Tom Doris, CEO of OTAS Technologies. “Everything relevant to your investment decision-making process is provided in natural language text generated throughout the platform,” he says. “It simply spells out what the metrics mean to the trader so they can be easily understood, or fed up the chain to portfolio managers.”

“During the trading day in live mode, you can get a textual description that describes blow by blow what’s happening with the stock,” he says. “Maybe there’s an unusual volume spike in the first 20 minutes of trading. It may say that top-of-book liquidity is low, the market makers are unsure of price and therefore they are taking liquidity out of the market and the spread has widened.

“A trader seeing that kind of report might hesitate to trade aggressively because it’s likely they will impact the market more by doing so,” Doris adds. “They may then see Intraday Lingo telling them a couple minutes later that the spread is tightening and volume is returning to normal levels. They can have a lot more confidence in the information and act more quickly on it.”

Intraday Lingo has been operating in beta form for about two weeks, and the finished version will now be distributed to OTAS Technologies’ users in Europe and the US. The service, like its predecessor Lingo, can also generate, at any time, on request, brief one- or two-page reports on market activity in a particular stock, and the activity of user firms’ traders in reaction to market moves, according to Doris.

“[The report] will highlight when the trader changed their strategy, when they received an alert of something unusual happening and whether or not their actions then added value to that trade,” he says. OTAS Technologies also plans to make Intraday Lingo available in Asia.

END_OF_DOCUMENT_TOKEN_TO_BE_REPLACED 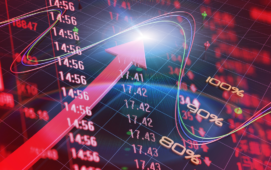 CQG Connects to Brazilian Exchange B3 for Trading and Market Data

Trading solutions provider CQG has added Brazilian Exchange B3, one of the world’s largest financial market infrastructure companies, to its global network of exchanges, enabling clients to obtain trading and market data access to the Brazilian markets for their listed commodities, interest rates, treasury, and equities products. B3 futures contracts are now live on the...