Managed services provider Options IT has gone live with an order matching service from Fundamental Interactions, with two initial customers – a broker/dealer and an Alternative Trading System – with early trade flow of around 60 million shares per day.

Deployed on the Options PIPE managed infrastructure – which offers co-located infrastructure, access to market data and connectivity – the Fundamental Interactions Virtual Exchange is a multi-asset virtualised order book and matching engine, for use by ATS operators or as an internal order aggregation and execution engine for broker/dealers.

“We’ve seen a dramatic increase among second-tier brokers seeking to improve trading performance and profitability through sophisticated order aggregation, internalisation and routing strategies, which is a new development outside of the tier-one broker/dealer community,” says Julian Jacobson, president at Fundamental Interactions. “We’re delighted to work with Options IT to make it cheaper, faster and easier for those brokers to access the technology they need to optimise execution of client order flow.”

Privately-held and self-funded Fundamental Interactions was formed in 2009 in Boston by Kun Luo, who was previously chief architect for SunGard Trading Systems. This year, the company HQ moved to New York City with the hiring of Shawn Sloves and Julian Jacobson from Mantara, as CEO and president/COO, respectively.

The company’s Virtual Exchange, Trading Appliance (OMS and algo trading) and Fast Proxy (pre-trade risk) products are based on its FIN appliance – which provides a number of market data and trading modules that are typically run as a single process on a commodity x86 server, or an add-in card.

END_OF_DOCUMENT_TOKEN_TO_BE_REPLACED 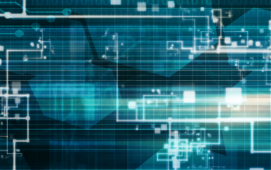 Smart desktop technology provider Cosaic has forged a strategic partnership with buy-side technology consultants Reformis to help bring desktop interoperability to investment management firms by leveraging Cosaic’s Finsemble platform. Under the new partnership, Reformis will assist buy side firms with the implementation of desktop interoperability, using Finsemble as the underlying infrastructure. Finsemble is designed to...