Opinion: Which standards for regulating the future?

This week, ESMA is expected to issue the final technical standards for MiFID II and MiFIR that it will propose to the European Commission for approval. The standards can then be implemented by investment firms in time for the regulations’ deadline of January 2017. The EU authorities are due to approve or amend the standards by January 2016 and one important set of questions that they are expected to answer is – which industry standards will investment firms have to use for regulatory reporting?

One of the key challenges here is around the standard that the regulators themselves will have to adopt in order to receive regulatory reports from investment firms. Until recently, regulators in the EU have not been great adopters of standard communication protocols that the industry uses itself. Instead they have developed their own approaches to information exchange, such as ESMA’s Transaction Reporting Exchange Mechanism (TREM). However, one of the ESMA consultations that was initiated in December 2014 specifically set out to examine which protocols would be preferred by investment firms for transaction reporting. It will be interesting to know what influence that consultation has had on ESMA’s recommendations.

As the European Central Bank has decided to use messaging based on the ISO 20022 standard, it may well be that ESMA will follow the same route, irrespective of how market participants responded to its questionnaire. In practice, this may not impact investment firms greatly due to the introduction of the concept of Approved Reporting Mechanisms (ARMs). These were first introduced in the UK in the wake of MiFID I, which allowed direct reporting by investment firms to national regulators, when the workload and cost of interfacing directly between a regulator and multiple investment firms in a non-standardised environment became clear. Firms have since been expected to report to the UK regulator through ARMs, with each ARM having to pay some £100,000 to the regulator to cover the regulator’s cost of systems development, interfacing and so on. The UK Financial Conduct Authority has already approved seven ARMs.

ARMs are also a part of MiFID II and MiFIR, which therefore allows for ARMs in all 31 EEA countries. This could be an opportunity for investment firms and ARMs to adopt the FIX Protocol for the exchange of regulatory reporting information between each other. This would allow investment firms to reuse the investment they have already made in the protocol. A push from investment firms to get ARMs to use FIX would also help firms to protect their ability to switch more easily from one ARM to another. The ARMs themselves could do the necessary message format transformation from FIX Protocol messages to the formats to be specified by ESMA, thereby ensuring regulators receive the reports from investment firms in the format that ESMA will define.

Best of all, of course, would be if ESMA allows the use of the FIX Protocol for regulatory reporting directly to the regulators themselves. Allowing regulated firms to use the standards they already use most to support their financial markets business operations for compliance purposes would help to reduce the cost of effective regulation for all parties. It would also mean ARMs would not need to carry out message transformation on behalf of their clients.

The benefit of the reuse of open, non-proprietary and free-to-use standards is also relevant to how investment firms will have to identify to regulators all of the financial instruments they are trading. ESMA already stated in its December consultation that ISIN codes are little used outside cash markets for equities and fixed income. It also proposed using Alternative Instrument Identifiers (AIIs) for exchange-traded derivatives, although these are not an international standard. It also expressed a preference for the use of Unique Product Identifiers (UPIs) for OTC derivatives, but accepted that an international UPI standard had not yet been defined.

So, it will be interesting to see what ESMA finally specifies in its technical standards. Will there be a standard that hasn’t been used yet to identify all the instruments that firms have to report about? Will there be an identifier that isn’t a standard? Or, as with Solvency II and AIFMD, will the standards allow firms to select the standard identifiers that they already use?

END_OF_DOCUMENT_TOKEN_TO_BE_REPLACED 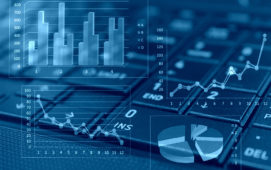