Open Source Moving On Up …

I’m writing this blog from the Red Carpet Club at SFO … heading back to NYC in an hour. It’s been a great week out here in the Bay Area catching up with some old friends and making some new ones.

Earlier in the week, I attended the Open Source Business Conference. One of the highlights was a panel featuring Jason Maynard, an analyst with Credit Suisse. He’s very forthright with his views, and sometimes they hurt. A few weeks ago he downgraded Tibco’s stock, in part because of the emergence of the open source messaging project known as AMQP.

Being in an open source mindset, I was intrigued to receive an email from my old mate Frank Greco. When he isn’t making Lehman’s technology perform, or playing in his Steely Dan cover band, Frank runs the New York Java SIG, and his email was an invite to this week’s meeting, focusing on something called Esper.

As we suggested in our recent report Faster Than A Speeding Bullet – Low Latency Architectures and Building Blocks For Tomorrow’s Trading Applications, low latency building blocks will become increasingly commoditized and open source initiatives will address at least some of the areas currently served by proprietary products. Initiatives like AMQP and Esper seem to validate those predictions.

END_OF_DOCUMENT_TOKEN_TO_BE_REPLACED 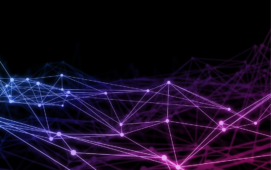