Omgeo has introduced a best practices document geared toward investment managers and broker-dealers to highlight the most effective ways for the two counterparties to interact with each other when matching trades via Omgeo Central Trade Manager (Omgeo CTM). Until recently, sell side clients wishing to leverage automated trade processing for cross border and non-US trades have utilised Omgeo OASYS Global, while buy side clients have been able to use the central matching capabilities of Omgeo CTM. Omgeo announced that it had extended access to broker-dealers in June 2009 to enable them to provide greater responsiveness and efficiency to their client base.

The Omgeo CTM best practices document was specifically requested by Omgeo’s client community to help provide guidance for how the buy side and sell side will interact with each other as broker-dealers migrate from OASYS Global to Omgeo CTM. The Omgeo CTM Working Party established and ratified the best practices and is made up of key members from the firm’s investment manager, broker-dealer and custodian/outsourcer community.

“The key to true straight through processing is transparency,” states Philip Westpfel, operations management, Barclays Global Investors Limited and co-chair of the Omgeo CTM Working Party in EMEA. “Omgeo CTM for broker-dealers is a step in that direction for greater efficiency and risk reduction.”

“Particularly when looking at global cross border trade processing, similar use of fields is critical to the ultimate success of automation,” says Genevy Dimitrion, vice president of State Street Corporation and co-chair of the Omgeo CTM Working Party in the Americas. “These best practices aim to provide guidance to the industry to help ensure each client achieves optimal benefit from the central matching engine. It also helps to ease the burden of creating anomalies across counterparties that can ultimately introduce unnecessary risk.”

There are significant workflow differences between OASYS Global and Omgeo CTM: Omgeo OASYS Global is a sequential workflow where the broker-dealer is blind to the matching statuses and exceptions in Omgeo CTM and therefore has to rely on the investment manager for exception resolution. Once broker-dealers move to Omgeo CTM, they are able to fully participate in the matching process and take a more proactive role in exception processing. The result is mitigated operational risk through improved same day affirmation (SDA) and response times, giving brokers a competitive advantage.

Omgeo continues to see momentum surge around its central matching engine. In addition to a 23% increase in the number of investment managers using Omgeo CTM over the past year, there has also been a swell in the number of trades being passed through the system, with 26 percent more in July 2009 than July 2008.

“2009 has been a fantastic year for Omgeo CTM,” says Steve Matthews, managing director, product at Omgeo. “Not only have we introduced broker-dealer functionality, which ultimately allows that portion of our community access to the best tool for the highest rates of same day trade affirmation, but through our relationship with EuroCCP, clients who use Omgeo CTM can take full advantage of the CCP solution’s benefits, which include the elimination of settlement pre-matching and a streamlined infrastructure. Omgeo CTM is our flagship central matching offering and we remain dedicated to focusing resources on its future development to remain agile, flexible and responsive to the most pertinent needs of our clients.”

Omgeo has also restructured the pricing for clients around Omgeo CTM to simplify current pricing models. Highlights of the new pricing structure are lower transaction fees and a fixed monthly base fee.

END_OF_DOCUMENT_TOKEN_TO_BE_REPLACED 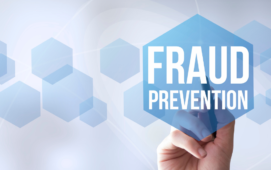