Following the furore surrounding the establishment of an alternative standard to the Options Price Reporting Authority (Opra) code last year, industry participants have finally selected a suitable candidate to operate the new symbology allocation system. There were ongoing discussions throughout 2008 about the lack of agreement on the basics surrounding the introduction of a new code but it seems that some progress has been made, including the selection of the Options Clearing Corporation (OCC) as the operator of the system.

The OCC was selected by market participants as the most suitable candidate to maintain a centralised database of securities symbols, although other players in the market were considered, including the Depository Trust & Clearing Corporation (DTCC), the Financial Industry Regulatory Authority (Finra), the Issuer Advisory Group (IAG) and SFB Market Systems (SFBMS). The OCC is the clearing house that since 2005 has led the Options Symbology Initiative (OSI) and was likely chosen because of this long association with the market.

Last year, the Financial Information Forum (FIF) released a report that indicated the cost of the introduction of the new system could total an estimated US$250 million.

END_OF_DOCUMENT_TOKEN_TO_BE_REPLACED 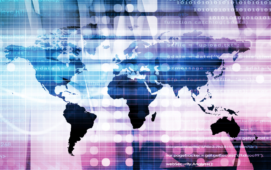