Nine months after taking the reigns at NYSE Technologies, CEO Jon Robson has begun to articulate a renewed vision for NYSE Euronext’s IT services operation with “A Call for Collaboration” to the financial markets. Of course, in Robson’s mind, that collaboration hopefully means trading firms will embrace the cloud platform, global network and open sourced middleware APIs that it has rolled out in recent years.

Via an open letter and a video posted on NYSE Technologies’ new TechTalk website, Robson suggests that “The economics of the industry clearly don’t support the content and infrastructure models that we’ve been using for decades … Market participants now need to ask themselves hard questions, such as how do I simplify my architecture? Is there a way to take a cost, put it into a single entity and share that cost?”

Unsurprisingly, Robson has answers to the hard questions: “An exchange that aggregates capabilities and liquidity, runs a highly secure network, and undergoes regulatory scrutiny, is an ideal entity to open up its platform for a community to share its capabilities, content, and code creating a new model for doing business – and in essence, changing the way world works.”

In order to execute on the vision of the new model, Robson has organised NYSE Technologies into three business focuses – Liquidity Solutions, Infrastructure Solutions and Content Solutions – all of which report into COO Terry Roche, who worked for Robson during their previous lives at Thomson Reuters.

Liquidity Solutions – under the direction of Adam Mazur, formerly with Goldman Sachs – runs the exchange’s data centres in Mahwah, NJ in the U.S. and Basildon, near London, in the U.K., and is also responsible for software solutions for matching engines, FIX connectivity and market access gateways.

Infrastructure Solutions – headed by Varghese Thomas, who joined in May from Savvis – comprises the global SFTI communications network, the FIX Marketplace network, managed co-location and hosting services and the Community Platform cloud offering, which offers both pre-provisioned and on-demand compute, storage and connectivity to support trading and downstream applications.

Content Solutions – which Roche runs himself – owns various low-latency, real-time and historical data services, including the Superfeed consolidated (crowd sourced to some) data feed, data feed handlers for third party markets and information vendors, and the Data Fabric middleware. It also develops the open source OpenMAMA API, which is administered by the Linux Foundation and provided via a free open source licence.

In the realm of content, the TechTalk website is clearly picking up on both the hype and reality of big data, highlighting NYSE Technologies’ data centric capabilities and success stories grouped within a “Data Factory” section.

Given the investment in OpenMAMA, it’s not surprising that Open Source – and general open collaboration – is another key topic on TechTalk.  Daryan Dehghanpisheh, previously many years with Intel, is playing a key role in NYSE Technologies’ open source and standards business push.

While Robson and NYSE Technologies are pursuing some lofty game changing business models, it’s worth noting that the ‘game’ might change on them as well. Recent press reports suggest that the exchange group – itself being acquired by IntercontinentalExchange for nearly $10 billion – might sell off NYSE Technologies. Other speculation is that the unit could be spun out as an independent company. Certainly Robson’s background – founding Moneyline, acquiring former employer Telerate, and then selling to Reuters – gives him requisite experience for managing such a process.

END_OF_DOCUMENT_TOKEN_TO_BE_REPLACED 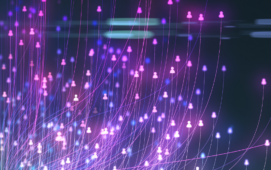 Singletrack has partnered with interoperability specialist Glue42 to integrate its client engagement and analytics platform into Glue42’s desktop integration platform. Through the initiative, which makes use of the FDC3 integration standard, Singletrack is seeking to offer hyper-personalised experiences to its sell-side clients. “As a company, we have been tracking the FDC3 standard for a while...