Ian Jack, NYSE Technologies business development director of SFTI and co-location in Europe, says: “We did not have a specific number of connectivity providers in mind when we evaluated the market, but we wanted providers that understood us and could connect into our backbone network to give customers end to end service. For now, there will be Colt, Verizon and euNetworks, but there could be more connectivity providers in future depending on customer demand.”

NYSE Technologies already had relationships with Colt, Verizon and euNetworks before choosing connectivity partners for the Basildon centre, but it will be the first time it has worked with euNetworks to offer co-location customers access to its markets and the first time it has offered wavelength access using SFTI Optic services, essentially services based on fibre networks laid and managed by carriers, but badged and marketed by NYSE Technologies. Initial connectivity options are at 1Gb and 10Gb, but there is potential for 40Gb and 100Gb services depending on customer requirements.

While some market players suggest NYSE Technologies’ insistence that other vendors must connect to Basildon using the SFTI network could be anti-competitive, NYSE Technologies argues that access to Basildon is through the SFTI network for the simple reason that there is a lack of available fibre around Basildon and that no other firm would want to pay the significant price NYSE Technologies has paid to build routes form the City of London and Docklands to Basildon. “Customers have plenty of choice in how they get into the SFTI access centres, then we sell access to the fibre going to Basildon. This is the right model for the community and there is no dramatic cost impact,” says Jack.

The carriers say they are in the process of connecting trading firms to the SFTI network access centres at Telehouse and Interxion in London in readiness for the migration of NYSE Euronext’s matching engines from the company’s Paris base to Basildon at the end of September 2010. Matching engines for the NYSE Liffe, NYSE Arca Europe and Smartpool markets are due to transfer and be up and running in Basildon by the end of October 2010. In the US, NYSE Technologies is following a similar consolidation programme with a liquidity data centre in Mahwah, New Jersey pacing developments in Basildon.

The transfer of NYSE Euronext’s European markets to the Basildon centre has not been applauded on all sides, but NYSE Technologies argues that the facility allows consolidation – NYSE Euronext and Smartpool are based in Paris, NYSE Liffe and NYSE Arca Europe in London – in a cutting edge facility offering optic access to the markets as well as more space for co-location clients.

“We want to make it as easy as possible for members to come into the facility and it is important to let in high frequency traders,” explains Jack. “Customers will benefit from the consolidation of matching engines as some, particularly algo traders and market makers, have been running co-location services in both Paris and London. The new facility gives us more space and power so we can extend our co-location offering. Firms that already collocate at NYSE Euronext are moving into Basildon now, before the matching engines cut across. A second phase of co-location will follow, allowing new collocation customers to install infrastructure in the centre before the end of this year.”

With three connectivity providers to choose from, many customers will stick with the one they already use, but in a highly competitive market, Tony Moulange, Colt business development manager, finance, comments: “Customers are looking for competitive advantage, so while some will go with incumbent connectivity suppliers, many will pick and choose, looking at issues such as latency, bandwidth and a road map that will allow them to scale up when they want to.”

END_OF_DOCUMENT_TOKEN_TO_BE_REPLACED 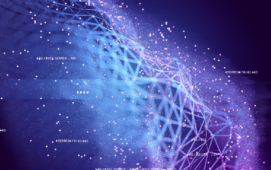 Connectivity specialist TNS is expanding its managed hosting solution to the Aruba Global Datacentre IT3 in Bergamo, Italy, in preparation for Euronext’s migration of its primary matching engine from ICE’s facility in Basildon, UK, in the second quarter of next year. As with TNS’s other global colocation sites, TNS will leverage its Layer 1 switching...