Following the recent approval of the Regulation on Credit Rating Agencies by the European Parliament, the Committee of European Securities Regulators (CESR) published a consultation paper on the subject of a central data repository for ratings agency data on 9 July. The deadline for responses to the proposals was 7 August but the industry failed to provide a single response to the proposals, which means the proposals are likely to be adopted as they are.

The regulation, which is yet to be formally adopted by the Council and is subject to jurist-linguistic revision, translation and publication in the official journal, charges CESR with the responsibility for coordination and advisory functions, including the establishment of a central repository for ratings agency data. All ratings agencies will therefore be required to submit to CESR information on their historical performance data including the ratings transition frequency and information about credit ratings issued in the past. In order for this to be effected smoothly, CESR is drawing up a standardised form on which this data must be summarised.

CESR must also make this data available to the public and publish summary information on the main developments observed on an annual basis, under the auspices of increasing transparency in this sector. The regulator must also provide guidance on common standards on the presentation of historical performance data within six months of the entry into force of the proposed regulation, ergo by March 2010. However, no deadline has been set with regards to the implementation of the central repository. This step will largely depend on the need for a public tender process and IT development work, says the regulator.

The consultation paper therefore covers setting common standards for the presentation of historical and performance information and for the design of the potential output from the repository. The fact that CESR has failed to receive a single comment on the proposals encapsulated within the paper indicates that either the industry has failed to take notice of the developments due to the sheer number of data related regulatory developments going on within the market, or it is entirely happy with CESR’s proposed approach.

Data repositories are certainly a popular idea within the regulatory environment at the moment, take the European Central Bank’s proposed reference data utility, for example. However, there are many potential pitfalls when gathering and storing this credit ratings data and many of these are noted within the consultation paper. Due to the rather woolly nature of the language of the regulation, there is still some confusion over exactly what data the agencies will have to submit to the repository.

These statistics can be produced on an annual, multi-year or average basis, and averages can be calculated over different periods, says CESR. However, this renders the data largely impossible to compare between different ratings agencies, which is surely a major problem with regards to transparency.

This problem of lack of comparability has been highlighted by Sifma’s Credit Rating Agency Task Force, which recommended that these ratings agencies publish historical information regarding the performance of their ratings in a format that facilitates comparison with their rivals. This therefore may be somewhat of a competitive disadvantage and thus represent an avenue for exploitation if it is not properly defined and mandated by national regulators.

There is also a danger of misinterpretation with regards to the data output of the repository, after all, as Disraeli said, there are “lies, damned lies and statistics”. Data presented in the central repository should be interpreted with care in relation to its statistical significance, notes CESR in the consultation paper. “Small sample sizes could distort the impression of actual rating activity and performance. In order to minimise the room for misinterpretation, CESR sets out some standards which would apply both to small ratings agencies and to all ratings agencies who only rate a few entities in a certain region/segment,” it states.

END_OF_DOCUMENT_TOKEN_TO_BE_REPLACED 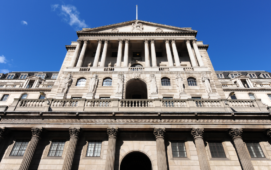 The Bank of England is pressing ahead with plans to deliver data standards for data collection based on its vision that ‘the bank gets the data it needs to fulfil its mission, at the lowest possible cost to industry’. It acknowledges the challenges of setting standards, such as coordinating collective action, and says it will...