Misys and Private Equity Firms Rumoured to be Circling SmartStream

Private equity giant Permira and risk technology firm Misys are two of the rumoured bidders that are circling the Dubai International Financial Centre’s (DIFC) SmartStream Technologies. Following the DIFC’s hiring of UBS to handle the potential sale of SmartStream back in October last year, around 10 firms are rumoured to have expressed an interest in the back office solution vendor. However, given that Misys has recently bought valuations and risk solution vendor Sophis, how likely is it that it will have the resources to acquire another firm?

Analysts at Espirito Santo have reportedly said: “SmartStream had attempted to IPO back in 2007 with a proposed valuation range of £244 million to £311 million. The IPO didn’t go ahead on valuation grounds. While SmartStream’s solutions might be complementary to Misys, an acquisition is unlikely in our view given Misys recently completed the acquisition of Sophis.” A fair point, given that Misys acquired Sophis for £375 million – not a cheap price tag by any stretch.

SmartStream, which is active in the corporate actions solution sector and operates reference data utility offering DClear, was put on the auction block due the financial pressure DIFC Investments has come under since the financial crisis. The Middle Eastern investment hub posted a loss of US$561.4 million in 2009 versus a US$842.5 million profit in 2008, as it wrote down the value of properties amid falling real estate prices in Dubai.

DIFC bought SmartStream from private equity firm TA Associates back in November 2007 for around £200 million and it seems likely that it will return to this form of ownership in the near future. Much like the sale of Interactive Data last year, SmartStream represents a prime opportunity for a private equity buy out due to the fact it is a cash generative business that doesn’t have a lot of debt. Certainly, a private equity firm, or firms, would be the most likely to have the funds available for a buy out. Permira is therefore looking like a hot tip for the sale…

Permira’s current portfolio does not include any similar firms to SmartStream, with only two firms from the vague area of financial services on its books: Acromas (the holding company for roadside assistance firm the AA and retirement holiday firm Saga – we said it was tenuous) and UK-based JustRetirement. How it would deal with a financial technology firm remains to be seen, given that its past investments have also largely focused on the healthcare and consumer sector.

Reference Data Review initially noted that firms such as the Depository Trust & Clearing Corporation (DTCC), the London Stock Exchange (LSE) and even industry network operator Swift could be in the frame to buy the vendor. However, Misys seems to be the only non-private equity firm doing the rounds on the rumour mill.

SmartStream has made no public comments about the sale, but a number of UK newspapers have indicated that the DIFC is looking for up to £500 million for the vendor. Given the current state of the market and the fact that SmartStream was acquired initially for around £200 million, this seems to be a somewhat unrealistic estimate.

In other news, another rumour doing the rounds is that Thomson Reuters has put its risk management platform business Kondor up for sale. Reference Data Review hopes to bring you the details (if indeed the rumours are true) soon…

END_OF_DOCUMENT_TOKEN_TO_BE_REPLACED 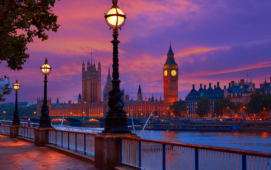 London-based data and analytics company Quantexa is addressing the challenge of Anti-Money Laundering (AML) monitoring and investigation with the use of contextual decision intelligence (CDI), a means of enriching internal data with external data and building networks of relationships to create a contextual view of a customer. This approach is aimed at generating meaningful alerts...