Wall Street investment bank Merrill Lynch yesterday confirmed a US$4.65 billion loss during its second quarter, bringing the total losses over the last year to US$19 billion. CEO John Thain also confirmed that the bank has sold its 20% stake in Bloomberg back to the financial news and data provider for US$4.43 billion, in order to offset the losses.

Thain commented in a conference call: “This was a difficult and disappointing quarter in terms of the bottom line. But, in spite of this loss, we likely have in our last two quarters more than replaced the capital that we lost.” Merrill Lynch has also indicated it is in discussions with an undisclosed buyer about the sale of one of its subsidiaries, Financial Data Services, for around US$3.5 billion.

The sale of the bank’s 20% of Bloomberg shares assumes a valuation for the entire company of US$22.5 billion and values Michael Bloomberg’s personal stake of 68% at US$15 billion. This is substantially greater than the valuation of its rival, Reuters, when Thomson purchased it for £8.7 billion earlier this year.

However, given the fact that Bloomberg had a vested interest in offering a high price for its shares, it is worth asking whether this is an accurate valuation? It also gives rise to the question, how much is the combined entity, Thomson Reuters, actually worth?

Despite the fact that Thomson Reuters’ second quarter earnings are expected to be solid, the combined entity’s share price has fallen over recent months and is expected to fall further due to fears that its business will be hit by the downturn in the market. According to reports, UBS analyst Polo Tang has advised shareholders to sell due to concerns over potential cancellations of subscriptions towards the end of the year.

END_OF_DOCUMENT_TOKEN_TO_BE_REPLACED 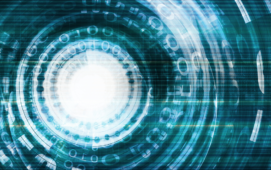 Refinitiv is building out its portfolio of ESG solutions with the addition of MarketPsych ESG Analytics, an analytics tool that provides numerical ESG insights on companies and countries based on news and social media monitoring. The analytics tool extends a long relationship between Refinitiv and MarketPsych, a provider of data feeds based on the application...