Ending an extended period of uncertainty following Markit’s decision to abandon talks about a possible purchase, Asset Control has been sold by Fidelity Ventures to Marlin Equity Partners, another venture capital firm. The deal ends months of speculation about the future of the data management software provider and should bring a measure of certainty to customers and staff unnerved by the Markit debacle and the subsequent sudden departure of CEO Phil Lynch early this year.

The Marlin deal was closed last Friday. Financial terms have not been disclosed; Marlin is acquiring 100% of Asset Control from former owner Fidelity Ventures, along with its global employee roster of about 100 staff and 60 clients. Marlin says Asset Control is profitable. As well as Markit, which acquired Cadis last year to form its own Markit EDM data management business, among those previously rumoured to be interested in buying the company were Sungard and Smartstream. There was also speculation that Lynch may have been seeking to lead a management buyout.

Steven Hargreaves, operating partner at Marlin, says: “We were in conversation for some time and there were others ahead of us, but they couldn’t reach a deal with Fidelity Ventures. All the talk about a sale damaged the company, as no-one wants to buy a significant system from a company where they are not sure what is going on. There has been a hiatus in communications from the company, but it has strong customer relationships and its products work well.”

He adds: “Attractive for us and Asset Control’s employees is that the company remains independent and is not tied to another provider or a particular area of the market.” Stressing Asset Control’s independence appears to be aimed at differentiating the company from Markit EDM and Bloomberg PolarLake, both previously independent EDM providers that now find themselves owned by major suppliers of reference and other data services.

Marlin says there will be no management changes at Asset Control in the short-term, although Dean Goodermote, who was hired as CEO following the departure of Lynch in February and has fulfilled an interim role, will, in time, be replaced with a permanent CEO from the industry.

Similarly, Marlin says it is business as usual as far as Asset Control’s brand, products and services go, with Asset Control’s AC Plus and AC Invest data management solutions continuing to be maintained and developed using existing product roadmaps.

Hargreaves says: “We are mindful that systems like Asset Control’s are critical to customers’ daily operations. It can be a mistake for an investor to bully customers in to changing systems that work and we won’t do that. We have looked at the product roadmaps and we like what we see, but we do see possibilities in clarifying communications to the market.”

With about 50% of its business in Europe, 40% in the US and 10% in Asia-Pacific, Asset Control is perceived by Marlin to have seen itself as more of a technical provider than a client solutions specialist. It is Marlin’s intention to focus the company and its communications on clearly identified client sector and geographic target markets.

Much of Asset Control’s development focus in recent years has been on data management for risk. Tim Versteeg, vice president of product management at Asset Control, says this will continue, along with the company’s commitment to helping customers achieve operational efficiencies. Building out, Hargreaves suggests Marlin and Asset Control will look at a bigger picture and evolve added value analytic services that play into beneficial total cost of ownership. He comments: “You will see a strategic move towards richer service packages with the Asset Control software.”

Versteeg names GoldenSource and Markit EDM as Asset Control’s keenest competitors, but says the company differentiates in its expertise around risk data management.

For Asset Control, the acquisition marks the end of a lengthy and disruptive sales process, and a return to investment in its products and strategic initiatives. For Los Angeles-based Marlin, which also has an office in London, the acquisition is a first investment in financial services technology, although it is no stranger to technology with many companies in its portfolio being technology-based. Marlin also has financial services know-how in Shawn McMorran, the managing director of Marlin’s London office who formerly spent 12 years with SunGard Data Systems and was CEO of risk management software business Almonde before it was sold to Misys. Hargreaves also brings experience to the table with a background of risk management in banking. 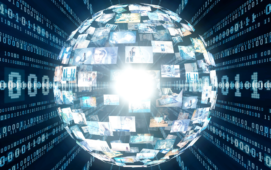 Recorded Webinar: Digital Investor Onboarding and Transformation for Asset Servicers and their partners

Transfer agents, fund administrators & custodians are endeavouring to deliver a better Investor Experience (IX) for their clients, seeking to differentiate their offerings and to truly deliver value adding services across the entire investor lifecycle. The race is on to stand out & better differentiate their firms, to showcase their technological onboarding & management prowess,...