According to Ben Logan, managing director of product development at Markit, a technical exercise is under way to “combine the data and provide a really helpful platform presenting the data sets side by side”. The results of this effort will constitute version 1 of the combined product offering, with version 2 including further analytics. “We will be looking for our clients to weigh in with support to help guide us on the best way forward in terms of the analytics, and the potential integration of other data sets,” he says.

Billed as the only electronic reporting service to focus exclusively on the performance of European deals in the asset-backed securities (ABS), mortgage-backed securities (MBS) and collateralised debt obligations (CDO) markets, ABSReports provides aggregated information for European ABS deals, enabling users to monitor and analyse the performance of transactions in the public domain, while tracking price and collateral throughout the life of a deal. The service provides access to a data set which includes original and current standardised deal data, original servicer reports, deal documentation, securities pricing, an archive of more than 1500 European transactions and access to news and research.

Logan says Markit was prompted to investigate an acquisition of this kind by customer demand. “We began to receive a lot of enquiries stemming from investors’ need to track collateral and bond performance information at the same time as marking their assets to market,” he says. “We began to look at the space and established that ABSReports was a very attractive candidate. It’s a great fit.

David Colling, director of product development at Markit, says there is “a good degree of commonality” between the two companies’ client bases on the ABS side, though typically the reports clients have been in different areas. “Some clients will continue to simply take the pricing service, others just the reports, but we expect most to move towards the integrated service offering,” he says.
ABSReports has changed hands quite a bit in the past few years. Founded in 2001 by Jersey-based professional services firm Mourant Limited, it was acquired by Australia headquartered ComputerShare in May 2005. ABSReports had also entered into a partnership with FT Interactive Data in March 2004, under which FT Interactive Data made available its daily bond evaluations for European ABSs and MBSs via the ABSReports service. That partnership no longer stands.

END_OF_DOCUMENT_TOKEN_TO_BE_REPLACED 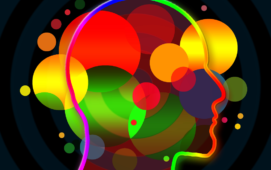