The London Stock Exchange’s widely anticipated Sedol Master File (SMF) service went live on March 15 in the hopes of exploiting what it sees as an opportunity to supply more detailed identity information particularly in the area of cross-border trading. After the first week of operation, around 50% of the LSE’s users had accessed the SMF service, and the remainder are expected to do so over the week or so.

The LSE has expanded its Sedol codes from seven-digit numeric codes to an alphanumeric code aimed at increased capacity in code issuance. At the same time, the exchange has taken the opportunity to add capabilities including real-time issuance of new Sedol codes, greater coverage of listed equities and fixed-income securities, and easier identification of the market at instrument is traded on through mapping to Market Identifier Codes (MICs).

The addition of MICs to the equation is aimed at addressing calls for more clarity about an issue’s official place of listing (OPOL). Market participants have recently voiced concerns about confusion over where stocks traded cross-border are actually listed. Indeed, the operator of the ISIN standard, the ANNA Service Bureau, apparently in anticipation of the LSE’s launch of SMF, has added MICs to the ISIN numbering system (Reference Data Review, February 2004). Under that arrangement, Telekurs Financial, on behalf of the ANNA Service Bureau, will provide OPOL-related information linking the MIC to the ISIN for any security contained within the ANNA Service Bureau’ ISIN database.

The LSE went live internally with the web system supporting SMF on March 8 and opened it up for external access on March 15. The March rollout followed a postponement from the original January live date due to high demand and worries that users wouldn’t be fully prepared in time for launch.

On March 15, the LSE began distributing passwords to the SMF website, a process expected to take two weeks. Once they have access to the SMF site, users can create alphanumeric Sedol codes electronically via the website. The exchange, however, will continue to support phone and e-mail inquiry/request services. It’s understood that around 50% of those clients have accessed the system. So far, clients have been logging in to familiarize themselves with the new service; it’s too early to tell how it has been received.

During the earlier testing phase, the LSE made use of 5,000 test codes in the new alphanumeric format. Users could access files containing the new alphanumeric Sedol and MIC codes, either directly from the exchange or via their data vendors. Users and the vendors had to ensure their systems could also work with the new database structure the LSE had created as part of the SMF project.

Industry lobby groups Reference Data User Group (RDUG) and the Reference Data Coalition (Redac) have been leading industry debate over solving the OPOL issue. The German data user group, Dessug, expressed concerns late last year about market confusion over OPOL and the concept of ‘official place of trading’ (Reference Data Review, January 2004). Redac and RDUG have been pushing for a glossary of terms describing this area of the business.

END_OF_DOCUMENT_TOKEN_TO_BE_REPLACED 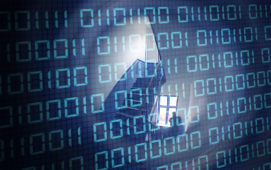 By Mike O’Hara, Special Correspondent. The ongoing necessity for many trading professionals to work from home has placed an additional burden on compliance teams struggling to ensure their firms play by the rules while staff operate away from designed-for-purpose trading floors. The situation has been a catalyst for change in how surveillance against financial crime...