Cisco execs say the switch is “orderable” today and that initial shipments and installations are now underway to early adopters, with general availability by year end. Those execs also outline the the latency profile of the Layer 2/3 switch under application scenarios:

* In “Normal” mode for highly scalable uses connecting many thousands of nodes, employing a 64K mapping table, port to port latency is 250 nanoseconds. As would be expected with a cut through switch, that latency is constant across all packet sizes.

* In “Warp” mode – which is likely the typical configuration for financial trading applications – supporting up to 8,000 nodes and using an 8K mapping table, port to port latency is just 190 nanoseconds, again across variable packet sizes.

* In “Warp Span” mode – where functionality is reduced for one-to-many one-way connectivity, as is the case market data distribution, port to many-port latency is 50 nanoseconds.

While the 3548 – which features 48 ports running at 10G –  isn’t the first Cisco switch to incorporate proprietary silicon – the company has around 600 silicon designers on staff – it is the first in the Nexus data center range to do so. The Algo Boost ASIC – designed specifically to meet the low latency and jitter requirements of the financial markets – took 2.5 years to develop. Cisco’s current switch pitched to financial trading is the Nexus 3064, which uses ASIC chips from Broadcom.

In addition to its low latency profile, the 3548 also incorporates precision time stamping (down to 10 nanoseconds) and analytics – such as buffer monitoring for congestion – to provide visibility into how the switch is performing in production environments. Such functionality – to date generally found in external latency monitoring systems – can be leveraged by trading algorithms to re-route orders in order to gain execution advantage.

Today’s announcement by Cisco further heightens its competition with the likes of Arista Networks, which is also introducing a new switch today (now, there’s a coincidence) touting its software defined networking functionality. The 64-port Arista 7150 Layer 2/3 10G switch clocks in at cut-through latency of 350 nanoseconds, though it’s being pitched a data centre virtualisation and big data workloads, not specifically at low-latency trading. Arista’s switch uses ASIC chips from Intel, by dint of that company’s mid-2011 acquisition of Fulcrum Microsystems. Like Cisco’s new switch, it’s orderable today for delivery by Xmas!

Meanwhile, the chaps at Gnodal are pointing to today’s publication of independent tests on its GS7200 Layer 2 switch, highlighting its congestion avoidance credentials as a way to optimise bandwidth in a network, especially for cloud and storage applications. Moreover, they point to port-to-port store/forward latency starting at sub 150 nanoseconds for systems connecting into it.

END_OF_DOCUMENT_TOKEN_TO_BE_REPLACED 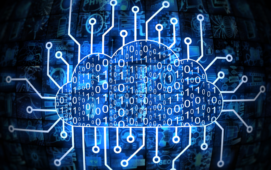