‘News’ that the widely feared, little-understood EU Directive on Markets in Financial Instruments – affectionately known as MiFID – may be delayed again to November 2007, hasn’t been greeted with too much in the way of protest.

The original delay pushed implementation of the directive back to April 2007 from a year earlier. The latest move – if it is indeed the case – moves it back a further six months.

The delays appear to stem from the genuine fear among regulators that the directive is so onerous in its requirements – and financial institutions still so unaware of their obligations – that firms just won’t be able to get their operational houses in order in time to comply in any meaningful way. Sources cited by news agencies say regulators want to avoid “any risk that the new timetable may not be met.”

An additional six months may then have drawn a few sighs of relief among compliance officers, technologists and data managers, upon whom the onus will fall to ensure that measures are put in place to meet the new regulatory requirements. Many in the industry believe that work on ensuring that happens really should have already begun. But the problem has been that no-one is fully sure how to ensure compliance.

The MiFID directive is aimed at allowing EU banks to trade in financial instruments listed across all 25 member states. In return for this privilege, banks will be required to publish and disseminate prices of intended trades out to the marketplace to ensure transparency. This, then, not only turns banks into data suppliers (although many are that already) but it also raises large numbers of logistical challenges, relating to ensuring best price, establishing physical mechanisms for getting that price out to market, and – most importantly from a reference data perspective – making sure that the price relates to the intended security.

These are all issues that the industry is already grappling with, even before the prospect – sparked by MiFID – of publishing firms’ internal prices. Even optimists concede that unless work on the infrastructure this regulation requires begins about now, there is frankly no hope of achieving its aims in the time given.

Meanwhile, the great and the good – trade groups and industry commentators alike – have criticized the MiFID measures for being too complex and cumbersome, and for threatening the future of smaller exchanges, whose execution venues and clearing mechanisms institutions may be able to circumvent under the new arrangements. Moreover, recent attacks have focused on the fact that no one has any clear idea as to how much the proposed regulations will cost to implement. Too-round numbers such as EUR 1 billion have been circulated, but the industry sees these as more the result of guesswork than of any credible, reasoned assessment. Whatever the case, a few things are clear. MiFID will cost the industry a lot of money, it will be difficult to implement, particularly given the lack of clarity on the requirements, and it may spark a bonanza for data management specialists. Six months more to work on it may in fact not be enough.

END_OF_DOCUMENT_TOKEN_TO_BE_REPLACED 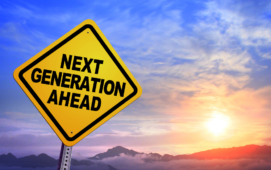 Solidatus has raised £14 million in Series A funding led by AlbionVC, the technology investment arm of Albion Capital Group, and also including HSBC Ventures and Citi. HSBC was an early adopter of Solidatus’ data lineage solution, and Citi the first strategic investor in the company in August 2020 following successful and ongoing implementation of...