The topic of counterparty risk is no stranger to the headlines at the moment but, despite its high profile, counterparty data management has still got a long way to go, according to speakers at a recent event organised by A-Team Group, Asset Control and Avox. Martijn Groot, director of market strategy at EDM vendor Asset Control, explained to attendees to last week’s “Counterparty Risk in the Spotlight” event in London that recent market events have acted as the “ultimate stress test” for this sector. He highlighted the many gaps in counterparty data management capabilities that exist in financial institutions.

He criticised the over-emphasis on value at risk (VaR) within financial institutions at the expense of the overall soundness of systems and processes. “The fact that even the president of the European Central Bank (ECB), Jean-Claude Trichet, mentioned the problem of data in a speech demonstrates how important the subject has become,” said Groot.

He explained the need for data consistency in regulatory reporting, which will raise the scrutiny of data management systems in the short term. “Financial institutions’ product and risk silos prevent a complete view of risk across an organisation,” added Groot. “The artificial segregation of risk types in particular means that there are sets of discrete functions for risk management that do not allow a bigger picture to be seen.”

Entity data is critical across all functions for business users and recent years have seen increased complexity in the hierarchical structures of these entities. Mergers and acquisitions over the years have meant it is even harder to keep track of whom you are dealing with. However, know your customer and anti-money laundering legislation has increased, so it is more important than ever to keep track of entities, said Groot.

He referred to a recent speech by Francis Gross, head of the external statistics division at the European Central Bank (ECB), who suggested that regulators should become the “catalysts” for change in the market. “Regulators will help to set metrics and more clarity around the requirements for data management projects,” said Groot.

As well as attention from the regulatory community, the industry is also facing up to increased scrutiny from clients. “We need to live up to increasing client requirements for more, faster data in areas such as valuations,” he said. This has resulted in a significant integration challenge for both internal and external data requirements.

Moreover, all these problems are exacerbated by the fact that there are no globally adopted standards in the entity data space. “ Entity data is not just another securities master file issue,” said Groot. “The data comes from lots of disparate channels and it can also be highly sensitive in nature. Entity data is reference data on steroids.”

“News and events have shaken the financial world and brought the issue of entity data to the fore,” agreed Angela Wilbraham, CEO of A-Team Group. “In the scramble for financial institutions to understand their exposures, they have found many flaws in their data management practices.”

A move towards enterprise risk management is a likely outcome of the current financial turmoil, suggested Wilbraham. “This will be tricky to achieve across traditionally siloed departments and it will be interesting to see the impact of budget cutting in the short term.”

Avox’s Price cautioned that firms must also remember that entity data is not static data. “This is a significant failure at the moment, as entity data is spread across different systems and not being kept up to date with any changes that are happening, which means it is not fit for purpose.”

Price concurred that current events have meant that senior management’s awareness of the problem has been raised, however, there are now fewer people and resources to fix the problem. “There is a slow process of maturity going on in the industry and moves are not being made at lightning speed,” he said. “But should you wait until you receive a speeding ticket before you act?”

Frank Lemieux, senior managing consultant at Capgemini, elaborated on the work that his consulting firm has been engaged in to this end. “We are currently looking to reach agreement with financial institutions about the business terminology that is being used in the counterparty data space. This is the first step and then we put together a conceptual model for an entity and metrics to put in place for these projects,” he explained.

The initial assessment period is the longest and most challenging process, according to Lemieux, and it usually takes between six and 12 weeks. “Agreeing on the business terms is the hardest part but once that has been achieved, we can usually produce a deliverable every four to six weeks after that,” he said.

The current market environment has proved challenging for these projects because of the intense scrutiny of return on investment (ROI). “Most firms are using better traceability and transparency of data as the primary argument to get these projects off the ground,” said Lemieux.

The horizon for ROI has shortened, added Groot. “The metrics being used are a combination of the streamlining of the supply chain for data, the reduction of duplicative or redundant data and the reduction in direct costs from errors,” he explained.

The panel discussed the failure of the industry to agree on the standards for the international business entity identifier (IBEI) and came to the conclusion that the issues were largely political in nature. The inertia caused by these considerations has meant that the initiative is unlikely to move forward any time soon, the panel agreed.

END_OF_DOCUMENT_TOKEN_TO_BE_REPLACED 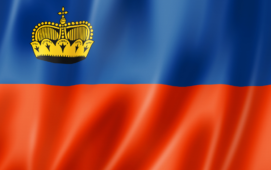 VP Bank, one of Liechtenstein’s largest banks, is planning to consolidate its risk and regulatory reporting using AxiomSL’s ControllerView platform as the foundation for compliance across its key centres of operation: Liechtenstein, Luxembourg, Singapore and Switzerland. The bank expects to leverage the implementation to launch a strategic expansion in these areas. Regulatory reporting is emerging...