Encouraged by a commissioned survey that indicated firms’ growing interest in outsourcing data management, Iverson Financial Systems is pitching its concept of operating so-called vertical utilities on behalf of clients. Iverson already has three such utilities in operation, having grown the concept from an outsourced solution for equities reference data for a Wall Street firm some eight years ago.

Aside from its equities security reference data utility, which still manages that bank’s security master database, Iverson has developed similar offerings for the exchange-trade funds (ETF), sector data and – most visibly – index constituent data areas. It has been actively pitching the latter offering – Global Index Monitor (GIM) – for the past two years and has succeeded in establishing at least some traction at “the majority of top 20 U.S. banks,” according to Grant Slade, executive vice president, at Iverson. Iverson’s vertical utility concept, in effect, encourages financial institutions to outsource management of specific data management tasks to Iverson’s team.

The idea arose eight years ago, when Iverson was approached by one of its bank clients to staff and manage its equities reference database. The bank – ahead of its time – adopted a centralized approach to security master data management, and spent considerable efforts enforcing all applications to subscribe only to that centralized database.

The bank – whose identity Iverson won’t disclose – used Iverson for two main functions. The first was staffing and oversight of the global equity master. In this function, Iverson’s team of 12 analysts dedicated to the bank proactively ensures that the database is up to date for each day’s trading. The team ensures that source feeds are delivering the requisite data, that the data is cleansed and that all filters and cross-checks are operating properly.

The second function Iverson took over was the help desk. While a more reactive than proactive function, hearing about data problems directly from users helped the Iverson team to learn how to pre-empt data systems issues before they arose. The team continues to operate the equities security master on behalf of the bank, using the bank’s own tools to manage the central repository from a remote location in Silicon Valley. Iverson subsequently approached the bank about taking over various other elements of its data management, including management of index constituent data.

Slade describes the index data operation as “a classic data-collection challenge.” He says: “The providers of this information deliver using fax, web-sites, feeds, intraday delivery, monthly delivery. We started handling it for the bank. We then asked if we could lift that capability and rebuild it as a facility for managing index data. The bank said yes and said it would subscribe, if we built it. The result was Global Index Monitor.”

Iverson has been marketing GIM for the past two years. It targeted the most obvious clients first – those most close in character to its original partner bank. Putnam and State Street are both clients. It is now trying to penetrate the lower-tier sell side, and the buy side.

Slade says Iverson is targeting institutions that have made the decision to take a centralized approach to managing their index data – and indeed their global security master, sector or ETF data. He concedes that marketing a vertical utility is a long sales cycle, which can make it a tough sell. He says, though, that GIM is easy to adopt. “It’s not an all-or-nothing product,” he says. “The client can take as much or as little as needed.”

Which is just as well. One manager at a major financial institution seeking consolidated index data for all markets globally says single-site pricing for GIM could run into six figures annually. While that figure may seem high, compared with the cost of staffing an index data normalization, cleansing and maintenance team internally, GIM may in fact represent an efficient solution.

So much so that others may be seeking to get in on the act. In a contributed article for Reference Data Review’s sister publication – A-Team Insight – Accenture’s global managing partner for the capital markets practice, Bill Cline, made the case for an industry utility for managing reference data of all kinds. Cline didn’t go so far as describing Accenture’s plans in this area.

But it’s clear that the consulting giant would be well placed to operate such a utility, given its global reach and impartiality from the data-sourcing business. For his part, Iverson’s Slade says he’s aware of Accenture’s plans, and wouldn’t put it beyond the realms of possibility that Iverson would be interested in working with the firm. 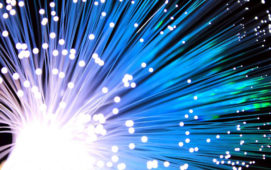 Recorded Webinar: Client Experience and Onboarding For Transfer Agents: How to ensure you deliver a seamless client experience and differentiate your services

Clients expect you to seamlessly deliver a range of transfer services. They expect you to delight their investors and ensure you have a robust onboarding and compliance process in place. They also want you to help them ensure they comply with shareholding obligations and corporate actions. With digital expectations becoming ever higher, how will you...

END_OF_DOCUMENT_TOKEN_TO_BE_REPLACED

GoldenSource has integrated FactSet content, including Truvalue Labs ESG data, into its ESG Impact product. The EDM solution provider will also be listed on the Open:FactSet Marketplace, a platform providing data applications and workflow solutions for investment professionals. GoldenSource ESG Impact is positioned to handle interlinked reference data, as well as fundamental and ESG data,...