Itiviti has set out development plans following its formation through the unification of Orc Group, a provider of electronic trading technology for listed derivatives, and CameronTec Group, a provider of FIX messaging infrastructure and connectivity. Torben Munch, CEO at Itiviti and formerly CEO at Orc, says the combined company is more than the sum of its products and is already developing an expanded solution set including a regulatory compliance application and an extended managed service.

Itiviti is owned by private equity firm Nordic Capital, which acquired and delisted Orc Group in 2012. The group comprised Neonet, a provider of execution services that was sold by Nordic Capital, and Orc and Cameron Tec that were retained and run as separate companies.

The decision to combine Orc and CameronTec was made last year after both introduced new core technologies to the market. Cameron Tec introduced Catalys, a FIX messaging infrastructure, and Orc introduced the Tbricks electronic trading platform it acquired with Tbricks in January 2015. Itiviti will continue to support and develop former Orc and CameronTec products and services under the brand Catalys from Itiviti, by way of example, while integrated and extended solutions are in the making under the Itiviti brand. The palindrome Itiviti is designed to reflect the combined company’s commitment to activity, productivity, connectivity and, of course, IT.

Munch explains that Orc and Cameron Tec, formerly led by CEO Anders Henriksson, who is now head of business unit global services and chief growth officer at Itiviti, kept in close touch under the Nordic umbrella and with their new technologies had a complete trading stack, but with elements owned by separate companies. With the approval of Nordic, Itiviti was formed to make best use of the technologies and deliver an expanded set of solutions.

The technology integration has already added order management functionality and a smart order router to the stack, and Itiviti is moving into new product categories. Its initial offering is Itiviti Analyst, a compliance solution designed initially for MiFID II. It will be in production this spring, fulfilling regulatory requirements such as pre-trade risk management and algo monitoring.

Itiviti is also planning to expand and extend Orc’s managed service by offering the complete technology stack as a managed service and extending its reach beyond Europe, initially into the US and later Asia Pacific. A next generation electronic trading platform is also on the agenda, but Munch declines to detail this for the time being.

He names the likes of Ullink, SunGard and Fidessa as potential competitors to Itiviti, but says: “Itiviti is the new kid in town and they might not like that. It offers modern technology, modular systems and solutions that are far more flexible than those in the market.” With the benefit of both Orc and CameronTec technologies and a team of 150 engineers behind it, Itiviti is expected not only to retain existing trading and messaging clients, but also to appeal to new prospects looking to deploy high performance trading and connectivity solutions or adopt managed services.

Munch and Henriksson are joined on the Itiviti executive management team by Tony Falck, chief financial officer; Troels Philip Jensen, chief operating officer; Jonas Hansbo, chief strategy officer; and Klaus Andersen, in charge of global engineering. Per Larsson, who has been a member of the boards of Orc and CameronTec since 2012, is chairman of the Itiviti board. All staff were retained in the combination of Orc and CameronTec, giving Itiviti a total of 400 staff across 13 offices serving over 400 customers worldwide.

END_OF_DOCUMENT_TOKEN_TO_BE_REPLACED 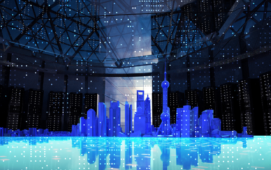