According to Interactive Data’s second quarter results, which were released yesterday, the vendor experienced an increase in revenue of 9.5% and an increase in net income of 15.1% for the period ending 30 June. The growth in North America and Europe over the second quarter is largely attributed to the performance of its pricing and reference data business.

Interactive Data’s total second quarter 2008 revenue in North America grew 8.5% to USD$131.5 million, up from $121.3 million in the same period last year. As well as growth within its US pricing and reference data business, the vendor highlights the continued institutional adoption of its real-time datafeed services as a contributing factor to this performance.

Likewise, its revenue in Europe increased 10.9% to US$49.9 million, up from US$45.0 million in the comparable period in 2007. Interactive Data again directly attributes this to strong results within its European pricing and reference data business.

Stuart Clark, president and chief executive officer of Interactive Data, comments: “Organic revenue growth of 7.7% during the second quarter of 2008 reflects an outstanding performance at our pricing and reference data business, as well as continued momentum with our real-time datafeeds business.”

He continues: ““During the second quarter of 2008, new sales activity was robust and renewal rates across our institutional businesses remained at approximately 95%. An important highlight during the quarter was our agreement to acquire Kler’s Financial Data Service, a leading provider of reference data to the Italian financial industry. This acquisition will enable us to increase our presence in Italy and further expand the breadth and depth of valuable reference data that we collect and deliver to our clients worldwide.”

On June 26, 2008, Interactive Data announced an agreement to acquire Kler’s Financial Data Service for a purchase price of €19.0 million (approximately US$29.9 million based on current exchange rates) in cash. The transaction is expected to be completed early in the third quarter of 2008, contingent upon customary closing conditions.

Furthermore, Xcitek, which was acquired in May 2007, contributed incremental revenue of US$0.8 million to the second quarter of 2008.

END_OF_DOCUMENT_TOKEN_TO_BE_REPLACED 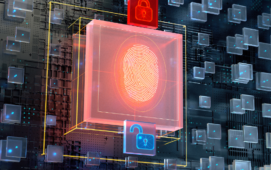