The company’s research into fair value practices was conducted in June and July 2013 among a total of 178 market participants representing 127 mutual fund firms and builds on a series of studies made over a number of years.

Rob Haddad, senior director of evaluated services at Interactive Data Pricing and Reference Data, comments: “How fair value measurements have been incorporated into portfolios has evolved over the years of our research. Despite the trigger or no trigger debate in the market, boards want to know how their firms’ fair value processes match up to those of their peers.”

Interactive Data sourced opinion on fair value practices through eight questions, the first of which focussed on the approach firms take to invoking a fair valuation process for international equities. About 40% of survey respondents said they apply fair value every day (a zero basis points trigger), up from 36% using a zero trigger in 2011. Remaining responses showed 33% using a consistent single trigger and single benchmark, and 22% using either multiple benchmarks or multiple triggers.

Considering trigger levels that are used to invoke equity fair value procedures, the survey found a slight trend towards lower trigger levels over the past couple of years, although this is influenced by the rise in respondents applying fair valuation every day. Other trigger levels ranging up to 100 basis points show minimal change in their use by respondents.

Noting that this finding contrasts with the survey finding of lower trigger levels, the report states: “Overall, by combining market-based trigger results and security-level confidence level results, we can infer a trend towards invoking fair value procedures more frequently, while simultaneously administering more stringent standards on the securities that are adjusted.”

As the market evolves, Haddad expects to report greater refinement in fair value practices. Meantime, he forecasts short-term trends including growing interest around third-party fair value processes for European funds that are already popular in the US, and a focus on exchange traded funds in terms of improving indicative net asset value calculations by including real-time fair value pricing techniques.

END_OF_DOCUMENT_TOKEN_TO_BE_REPLACED 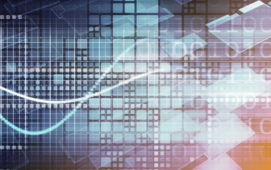