Trading firms are looking to leverage hosted and managed services to improve business agility and reduce cost, but with these benefits come challenges. Last Week’s A-Team Group Intelligent Trading Summit in New York addressed the pros and cons of outsourcing in a panel discussion led by A-Team Group conference chair Pete Harris, who was joined by experts from Fidessa and SAP.

Opening the discussion with the savings associated with managed services, David Polen, head of business development at Fidessa, noted that managed services make up roughly 50% of Fidessa’s business, with the main client focus being in the brokerage community. Polen said that while cost savings can be secured in the long term, a key challenge is in reducing the cost of making the transition to a managed service.

Michael Kane, senior director of the global Database and Technology Group at SAP, expanded on this assessment, saying it is very difficult to put up a short-term return on investment due to the transition cost. With this in mind, SAP works mainly to deliver solutions that are difficult to build in house, such as scalable and elastic applications.

The panel moved on to look at some of the other advantages of switching to a managed service. Polen gave an example of a recent client that was interested in greater buy-side connectivity, so while cost was important, the biggest thing was not to reinvent the wheel. In essence, the client wanted to run something that already existed as a managed service in order to receive flow directly from the buy side.

Looking at the popularity of services offered, Polen said that while there is typically a trade-off in cost against control that leads large clients with big budgets preferring an enterprise option, Fidessa has begun to win clients on the basis of the amount of functionality it can provide. With managed services now seen as an upgrade rather than a budget option, Kane mentioned that big data offerings are another popular option, reducing complexity as clients can offload hardware and cut costs.

Considering the shift in the market overall towards intelligent solutions, Harris asked the panel how managed services can provide intelligence in the trading space. Polen said it is frequently difficult to find a balance between security and intellectual property. He also noted concern about the ability to upgrade without disrupting algorithms that need fast access and deployment and must be maintained without hindering the viability of the overall managed service. Kane highlighted another challenge, pointing out that firms wanting to protect their intellectual property in proprietary algorithms often give rise to a perception of risk, even though security is fully developed.

As the panelists discussed worries around theft, data being resold, hacked and so on, Harris asked whether customers are becoming more demanding about due diligence when shifting to a managed service. Polen said many of Fidessa’s clients are Tier 1 banks, so while they typically implement a series of steps that follow their internal approaches, they also offer a ‘data in, data out’ channel for clients that do not feel comfortable about putting their intelligence into a managed service. Kane added that while this issue comes

up a lot, clients realise that it is expensive to do security really well, so the idea of putting information in a managed service actually makes a lot of sense. But again, they have to overcome the risk perception.

The panel finished with questions about overall functionality and whether some things are better run by managed services. Polen noted that while there is very little that managed services cannot deliver, the hardest things to move across are things like workflow tools that are extremely customised. Kane expanded on this, saying that, in general, things like dynamically modified code lines are something firms probably want to keep in house, at least for now, but that more static types of applications are easy to run under a managed service given the right conditions. With added cost pressures from regulation, globalisation and the demand to do more with less, the panel came to the conclusion that these drivers would push many firms to adopt managed services in the future if they can overcome short-term views on ROI and perceptions of risk.

END_OF_DOCUMENT_TOKEN_TO_BE_REPLACED 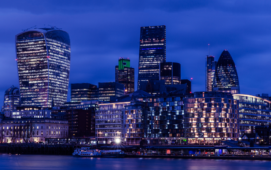