Given the high profile fines that have been handed out over the last 12 months in the UK for data related transaction reporting failures, it is no surprise that the subject of entity and instrument identification is top of the list for the recently formed Transaction Reporting Subject Group of the MiFID Forum. Alan Jenkins, who was previously head of MiFID at BearingPoint but now is an independent consultant, is chair of the recently formed subject group and led discussions at the group’s inaugural meeting this week, which discussed the potential data requirements of transaction reporting under MiFID mark two.

The UK Financial Services Authority (FSA) has been especially vocal about the data challenges of MiFID, particularly those around entity identification, and has demonstrated an appetite for more regular reviews of the data integrity of transaction reports. To this end, in July, the regulator produced more guidelines about what it is looking for from the firms in these reports via the option for firms to request sample reports. The meeting earlier this week therefore saw elaboration on this point by Dario Crispini, manager of the Transaction Reporting Unit of the FSA, who also highlighted that the regulator is keen for firms to use Bank Identifier Codes (BICs) for client and counterparty identification whenever possible.

The regulator is also considering the use of UK company registration numbers for client and counterparty identification purposes, when a BIC is not available, according to Crispini. Moreover, in terms of formatting, the FSA indicates that BIC codes should be 11 characters long, rather than eight, in order for the regulator’s system to be able to process the data. Under current regulation, all MiFID investment firms need to obtain a BIC to allow for the tracking of data cross border in the European Economic Area. After obtaining a BIC, firms must then email the Transaction Monitoring Unit with their BIC and FRN details in order for the regulator to map the FRN to the respective BIC in its systems. When transaction reporting, firms may continue to populate the reporting firm field with their FRN, however, they need to ensure the FSA’s Transaction Monitoring Unit is aware of the BIC as well.

The group also discussed the use of International Securities Identification Numbers (ISINs) for instrument identification purposes within transaction reports. It was noted that the current European Commission investigation into Standard & Poor’s Cusip Global Services (CGS) business’ charging practices for ISINs in the US market, which has still yet to be concluded, is causing some challenges and concerns for market participants.

In November last year, the Commission indicated that it considers the vendor to be “abusing its dominant position” as the sole appointed National Numbering Agency (NNA) for US securities by requiring its European customers to pay licensing fees for the use of ISINs in their own databases. CGS has since responded by “strongly disagreeing” with the ruling, but is awaiting further action to be taken by the Commission, along with the rest of the market.

With regards to instrument identification, the group discussed the use of the Alternative Instrument Identifier (AII) for transaction reports across Europe for derivatives admitted to trading on regulated markets where the ISO 6166 ISIN is not the industry method of identification. The launch of the FSA’s AII system has been beset by difficulties and has therefore been several times delayed, and the regulator has still yet to confirm the regulatory go live for the AII (see the FSA website section here).

There was also talk about the need for multilateral trading facilities (MTFs) to publish a list of all the reportable instruments not listed on other venues for transaction reporting purposes. Attendees and speakers noted the lack of a centralised place for this instrument data.

The MiFID Forum, which is the new incarnation of the MiFID JWG, is due to have its next full meeting at the end of this week and Jenkins is set to take the floor again to summarise some of these issues (see here for more details).

END_OF_DOCUMENT_TOKEN_TO_BE_REPLACED 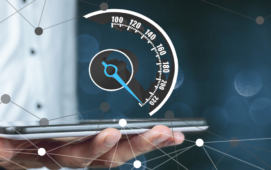 Datactics is about to close third round funding of £2 million. The funding comes from the company’s previous investors – Par Equity, The Bank of Ireland Kernel Capital Group Fund, and Clarendon Fund Managers – and will be used to accelerate business development, strengthen the company’s global presence, and take its AI and machine learning...