The Institute of International Finance (IIF), which includes members from the world’s largest financial institutions and is headed by chief exec of Deutsche Bank Josef Ackerman, has called for the establishment of a G20 led task force to tackle the issues involved in establishing internationally agreed cross border resolution agreements. The crack team will need entity data management specialists in order to get to grips with the “difficult technical challenges involved in putting in place an effective international resolution framework”, notes the group in a recent paper.

The subject of living wills has rarely been out of the headlines since the collapse of Lehman Brothers two years ago and the data management considerations of winding up large financial institutions have been discussed by many high profile regulators. Daniel Tarullo, member of the board of governors of the US Federal Reserve System, for one has been a particularly outspoken figurehead on the subject and the UK Financial Services Authority’s Thomas Huertas has been another. The subject is also on the agenda for an upcoming conference in Brussels on 7 June, where the European Commission will be discussing the regulation of large financial conglomerates. But it seems it is the turn of the financial institutions themselves to call for change.

The IIF notes that many improvements have been made at a firm-wide level in terms of implementing new risk management and governance arrangements in the wake of Lehman. However, it contends that is the responsibility of the regulatory community to ensure that these arrangements are built upon in order to ensure that should a failure occur, “any firm is able to exit the market in an orderly way”. The paper is therefore the IIF’s attempt to open a dialogue with the regulatory community to achieve such an end goal.

The achievement of convergence of current national resolution regimes would be the focus of the new task force and this would entail the development of common criteria and standards within the space, including entity identification practices. The goals to be achieved in the long term would be: for losses to be borne by the relevant parties in the event of a default rather than firms to be bailed out by national governments; regulators to be enabled to intervene early in the process; and to avoid moral hazards in this process. To achieve these regulators will need to be enabled to replace the senior management of a firm, order financial restructuring, identify systemically vital parts of a firm’s business and help the firm to wind up its business quickly and efficiently, says the IIF.

In order to be able to track assets and liabilities in a cross-border context, regulators will need to understand and track entity data from parent to subsidiaries, as well as across relevant counterparties exposed to the firm in question. The IIF also notes that the task force needs to provide “clarity about the precise nature and level of the information that should be provided by firms to the resolution authorities”; more data requirements are headed the industry’s way.

The tone of the IIF paper is very much based on improving transparency and the enhanced management of firms’ interconnectedness, including the better management of counterparty risk from a systemic risk point of view. It also proposes a number of special resolution regime arrangements where other actions may be required, which is determined by a higher level of complexity for those of systemic importance. The monitoring of systemic risk and entity exposure will be a key challenge going forward and this is why the group is proposing a “know your structure” requirement, where firms are able to determine their links and exposures to the rest of the market.

Although there appears to be no direct reference to the entity data challenge in the report per se, there is no doubt that such a task force will require a comprehensive database of global entity information but whether this is tied into the current push for a reference data utility in the US and Europe is yet to be determined. In the meantime, the requirements give data managers extra leverage to kick off their counterparty data management projects.

END_OF_DOCUMENT_TOKEN_TO_BE_REPLACED 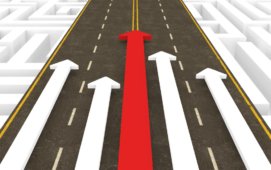