ICE/NYSE Acquisition: Robson To Depart As Speculation on NYSE Technologies’ Future Heats Up

Ahead of the November 4 completion of InterContinentalExchange’s acquisition of NYSE Euronext, it seems there is significant movement regarding the future of the exchange group’s NYSE Technologies services unit, including the soon-to-be departure of CEO Jon Robson.

Sources say that Robson and COO Terry Roche are both expected to depart, possibly related to fallout from the failure of a plan to spin out NYSE Technologies to financial data and services company Markit.

An NYSE Technologies spokesperson says both executives continue to be employed by the unit. However, sources suggest that Ben Chrnelich, chief financial officer at NYSE Technologies, has taken on the role of interim CEO, with a permanent leader expected to take up the CEO role after the acquisition, probably with a mission to break up and sell off the technology unit in piecemeal fashion.

Robson – who has much experience of mergers and acquisitions in the financial technology space – joined NYSE Technologies as CEO from Thomson Reuters just over a year ago. Roche, a former colleague at Thomson Reuters, and widely seen as Robson’s go-to operations guy, stepped into the COO role as recently as last January.

A breakup/sell off of the NYSE Technologies unit would focus on core offerings, which are organised as three divisions: Liquidity Solutions, Infrastructure Solutions and Content Solutions. Drilling down, core products include the SuperFeed consolidated data feed, the global SFTI and FIX networks, and exchange matching, DMA access and market data distribution technology.

There is also its emerging community cloud platform, Data Fabric middleware and open source OpenMAMA market data access API, which could form key components of a market-led collaborative approach to market data collection and delivery, a concept that Robson has recently pushed.

Indeed, some speculate that Robson (and Roche, and perhaps others from NYSE Technologies) may emerge as a suitor for part of the business. As such, his early departure may be designed to avoid a potential conflict of interest as ICE begins talks to divest of non-core elements.

Other suitors for parts of the NYSE Technologies business could come from the likes of SunGard, First Derivatives, Equinix, CenturyLink/Savvis, Lightower Fiber Networks, Zayo Networks, and – given the broad product portfolio – many others.

For ICE, the acquisition’s primary focus is on NYSE Euronext’s derivatives markets, including NYSE Liffe operations in Europe and the US, as well as a US options business.

It remains to be seen why Markit walked away from a deal. Observers suggest that the NYSE Technologies product line-up would make a good fit with Markit’s, giving the company an enterprise set of technology offerings that would stand it in good stead for taking on the likes of Bloomberg, Thomson Reuters and Interactive Data.

END_OF_DOCUMENT_TOKEN_TO_BE_REPLACED 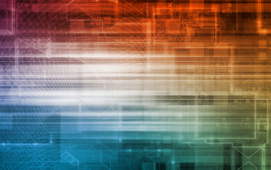