ICE Clear Europe and Eurex Credit Clear Ready for the Off

This week marks the end of the deadline for the launch of Europe’s credit default swap (CDS) clearing counterparties (CCPs) and both IntercontinentalExchange’s (ICE) ICE Clear Europe and Eurex’s Eurex Credit Clear are due to go live today. Both parties have declared they have already begun operations and will soon be ready to clear European iTraxx indices.

The CCPs are aimed at addressing the operational and risk management needs of the credit derivatives market, as well as providing a response to calls by regulators for transparency, standardisation and systemic risk reduction. In line with their position as first to the table to meet the July deadline, ICE and Eurex are thought to be the frontrunners in the CDS CCP race.

The joint venture between Liffe and LCH.Clearnet, BClear, was, technically speaking, the first CCP to launch on the European market, but has since been put on review due to its failure to clear a single trade. LCH.Clearnet’s ambitions have not ended there however, as it is considering using Paris-based Clearnet as a more European flavoured CCP option. CME Group is also some way behind the others in the race, as it is yet to gain approval from the UK Financial Services Authority (FSA), although it has recently appointed ex-LCH.Clearnet CEO, Andrew Lamb, to head its European CCP endeavour.

For now, the market will have to make do with Eurex and ICE’s offerings. The FSA has completed its regulatory review of ICE Clear Europe’s CDS clearing operations, risk management and governance, and Eurex has undergone and passed a similar review. The US Securities and Exchange Commission (SEC) has also granted both parties conditional exemptions to operate their CCPs in Europe.

ICE Clear Europe, which also provides clearing services for ICE’s futures and OTC energy markets, indicates it has established a separate risk pool for clearing CDS, including guaranty fund and margin accounts, as well as a dedicated risk management system and governance structure.

Together with ICE Trust US, the CCP and exchange operator says it is attempting to bring a common infrastructure to global CDS market participants within their respective regulatory jurisdictions, while leveraging clearing systems and risk management processes already in use by the industry. ICE Trust has cleared US$1.6 trillion in North American CDS indexes to date, and is preparing to introduce enhanced protections to support the addition of buy side participants.

Paul Swann, president of ICE Clear Europe, says: “We have developed a sound risk model that recognises the unique requirements of clearing European CDS instruments. By separating the risk pool from our energy markets and employing a bespoke CDS margining system, we are taking the steps necessary to offer the transparency and security provided by clearing, while containing risk exposure within the CDS markets.”

ICE has also announced that Suzanne Hubble has joined ICE Clear Europe as director of CDS development. Hubble is responsible for the strategic development of ICE Clear Europe’s European CDS clearing business. Prior to joining ICE, she spent 10 years at JPMorgan where she was most recently responsible for e-Commerce and Strategic Initiatives for the European Credit Trading business.

Thomas Book, member of the Eurex Executive Board and responsible for clearing, says: “The key challenge in developing Eurex Credit Clear was to design and build a new risk management solution specifically to meet the unique risk characteristics of CDS. This new service significantly strengthens our clearing capabilities with a sound, reliable and flexible engine to deliver central clearing initially for credit derivatives and subsequently also for further OTC traded asset classes.”

So, two have set off already and more are waiting at the starter gate to set off later this year in the CDS CCP race. But will it be a sprint finish or a tortuous slog to the end?

END_OF_DOCUMENT_TOKEN_TO_BE_REPLACED 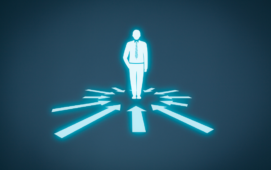 By Rachel Woolley, Global Director of Crime at Fenergo. Non-compliance is a costly business. Throughout 2020, financial institutions (FIs) around the globe have received $10.6 billion in enforcement actions for financial crime violations, including breaches of anti-money laundering (AML) and know your customer (KYC) regulations— up 27% from last year. With the pandemic leading to...