Offered as an infrastructure-as-a-service (IaaS) solution, Omnibot is the next generation of Riskbot, HPR’s pre-trade risk and market access platform. It merges electronic trading, risk, and data applications into a network switch offering connectivity through 36 10Gigabit Ethernet (GBE) and/or four 40 100GbE built-in, cross-connect or inter-connect ports. This allows firms to simplify links between networking, application, storage and data applications.

HPR CEO Anthony Amicangioli, says: “Omnibot represents a leap forward for financial institutions, for the first time bringing a telco-class device with market risk, data delivery and interconnect logic coded onto an FPGA platform. Large sell-side firms are in an asymmetric technology race when compared to the advanced technology of market makers that have their roots in high frequency trading. Omnibot is the first in a series of products and technologies we are introducing to level the playing field.”

Omnibot leverages HPR’s Unimus framework, a highly-unified technology that underpins the firm’s entire solution set. Unimus combines HPR’s telecom, cloud and capital markets microstructure expertise in both hardware and software to create a single platform on which a user’s entire CMI stack can be built.

Amicangioli adds: “Many market participants struggle with capital markets infrastructure that is an aging patchwork of antiquated vendor technologies and coding languages. Meanwhile, the progressive cloud and IaaS providers, who have built tech-centric businesses from the ground up, will soon mount an overwhelming challenge if incumbents fail to get their technology stacks in order. Omnibot and Unimus help today’s market participants better compete by simplifying and unifying their back ends and positioning data centre architectures on a par with cutting-edge technology firms.”

END_OF_DOCUMENT_TOKEN_TO_BE_REPLACED 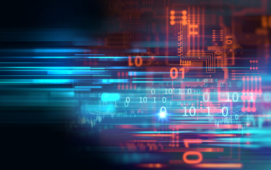