Recent announcements by both Celoxica and Redline Trading Solutions point to increasingly latency-sensitive high frequency trading strategies being deployed in the foreign exchange markets. To date, hardware acceleration has been focused on equities, futures and options trading.

Celoxica has in fact added support not only for FX but also fixed income markets to its Generalized Market Accelerator (GMAC) market data feed handler and Generic Exchange Access (GXA) order entry technologies, both of which leverage FPGAs alongside more common CPU code.

According to Celoxica president Lee Staines, market drivers include the advent of electronic FX markets and similar moves in the fixed income space. He cites as an example a global tier 1 bank that introduced a fixed income algorithmic trading platform in 2010 to trade pair strategies in fixed income U.S. futures and cash treasuries, and the launch of Vega-Chi, the first convertible bond MTF in Europe.

Over at Redline, the company has added support for 20 new FX venues to its InRush Accelerated Ticker Plant and Execution Gateway products, which use cell processors to implement code in silicon.

Among the venues added are ECNs like EBS, FXall and Hotspot, as well as major market makers, including Citi, Deutsche Bank and UBS.

Both companies claim access to FX venues with single-digit microsecond latency, and are expecting deployments in co-lo and proximity centres.

END_OF_DOCUMENT_TOKEN_TO_BE_REPLACED 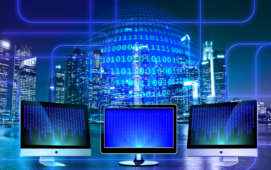