The Global Legal Entity Identifier (LEI) System is moving towards completion following a statement from the Regulatory Oversight Committee (ROC) on the introduction of LEI hierarchy data and the opening of a website by the Global LEI Foundation (GLEIF) that will provide access to a centralised database of all issued LEIs. Work is also being carried out by the GLEIF to develop a master agreement that will govern its relationships with pre-Local Operating Units (LOUs) and lead to a fully operational global LEI system.

In a year end progress note published this week, the ROC reviewed the development of the Global LEI System through 2014 and addressed the outstanding issue of LEI hierarchy data that is necessary for regulators to monitor systemic risk and for financial institutions to improve risk management.

The ROC note states: “In light of the stage of development of the Global LEI System, the next pressing policy objective is the implementation of information on organisational relationship structures, particularly hierarchical structures. To this end, the ROC established in December 2014 a task force to develop a proposal for principles and standards for collecting in the Global LEI System information on the direct and ultimate parents of legal entities. A public consultation is expected to be organised on this topic in the course of 2015. Phased implementation of such information is expected to begin around the end of 2015.”

The ROC also noted that the GLEIF will direct construction of the technology infrastructure of the global system and that it is working with over 20 endorsed pre-LOUs to develop a master agreement that will govern the relationship between the GLEIF and the pre-LOUs. Once the master agreement is in place, the ROC says it will be a matter of months before a fully operational global LEI system can be managed by the GLEIF.

The GLEIF website – www.gleif.org – provides comprehensive information about the LEI and Global LEI System, and says the site will provide access in the languages of G20 countries to a database of all LEIs issued globally and their associated reference data this year. The central database will include free of charge LEI file downloads and search capabilities, and should help LOUs avoid any duplication of LEIs as they will be able to check the central database for existing LEI codes and companies with LEIs rather than having to check the databases of multiple LOUs.

The GLEIF was founded in Zurich, Switzerland in June 2014 and has since been working to stand up its operations. Noting the website as a first step in this process and a visible sign of progress, GLEIF CEO Stephan Wolf comments: “We are excited to release the website as the primary means for stakeholders and the public in general to communicate with the GLEIF and follow its activities.”

END_OF_DOCUMENT_TOKEN_TO_BE_REPLACED 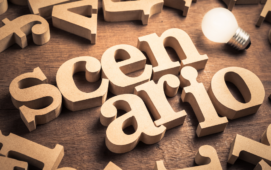