FT Interactive Data has made the first move to bolster the issue-to-issuer business entity data capability it launched in the spring, with a second strategic relationship with a third-party entity data provider, this time CounterpartyLink (CPL).

The Interactive Data Corp. unit, which unveiled the entity data capability in April, using Deutsche Boerse’s Avox as its entity data partner, is now gearing up to integrate CPL data for launch in the fourth quarter of this year. FT Interactive Data is currently testing a prototype of the service using CPL data at a client site.

The business entity data service – distributed via the FTS portfolio administration service – provides automatically matched, hand-researched business entity data in combination with FT Interactive Data’s securities data, and will be updated after initial client set-up using the com-pany’s corporate actions feed. To initiate client service, FT Interactive Data will take a list of securities from the custo-mer, then use either CPL or Avox to match the securities against the issuing entities and their ultimate parents.

A client would be able to choose whether to use CPL or Avox, or indeed both, depending on his or her own preferences. Bob Cumberbatch, European business director at FT Interactive Data, points out that each has its own very specific methodology for collecting and

CPL has established a global data collection and validation organization that gathers entity data from local market sources and consolidates it into a unified database service, providing a detailed audit trail aimed at raising the comfort level of compliance officers. Avox – formerly Azdex – receives contributed business entity data from a group of sell-side financial institutions, which is then pooled, validated and returned to the contributors, as well as made available to third parties.

FT Interactive Data hopes that by providing a broad range of capabilities in this area, it can compete with the likes of the CrossWalk joint venture between Standard & Poor’s, Telekurs Financial and Dun & Bradstreet. The two contributing partners’ different approaches mean that FT Interactive Data can offer both a data service via CPL and a more utility-oriented approach via Avox.

Cumberbatch cites primarily buy-side institutions, including asset managers, investment firms and hedge funds, as typical clients for the new service. Sell-side institutions, particularly the larger ones, have made substantial progress themselves in developing entity databases in support of their compliance requirements for such regulations as Know Your Client and the Patriot Act.

Cumberbatch says key drivers for the new service’s target audience are the EU Undertakings for Collective Investments in Transferable Securities (UCITS) III, the risk management requirements of Basel II and the conflict-of-interest clauses of the Markets in Financial Instruments Directive (MiFID).
Under UCITS III total exposure to a particular parent organization through all its subsidiaries must be calculated and managed in order to ensure that the total exposure falls within the limits set by the regulator. This process of concentration risk management is often referred to as ‘group notion.’ Cumberbatch expects demand to rise with the forthcoming ending, in February of next year, of the ‘grandfathering’ period for funds that was created under the preceding UCITS directive.

END_OF_DOCUMENT_TOKEN_TO_BE_REPLACED 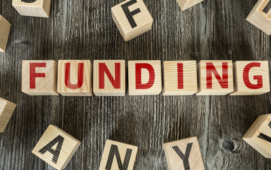