In his update to the London reference data community earlier this month, Financial Information Services Division (FISD) director Mike Atkin took the opportunity to outline the group’s position on standards. As always seems to be the case with standards, he lamented the fact there are too many of them. But he also cut through the myriad acronyms and trade groups to give a remarkably clear picture of the current state of play.

The meeting took place September 3 at Citigroup’s Canary Wharf offices in London’s Docklands. Atkin was in town to inform practitioners of the recent activities of the Reference Data Coalition (Redac), of which FISD is the managing party. Attendees included members of the London-based Reference Data User Group (RDUG).

Having briefly described the key drivers for the recent surge of interest in reference data, Atkin classified ongoing standards efforts as falling into one of three categories: identification; data model and vocabulary (content); and transactions and messaging.

Through their trading activities, financial institutions are forced to deal with a broad range of securities identifiers, due to the fact that instruments are issued, priced, traded and settled in many different ways. “As such,” Atkin told the audience at the meeting, “different types of identifiers are relevant at various levels and for a variety of functions. The underlying problem is that the international standard (ISIN) alone is not sufficient for the automation requirements of STP.”

Atkin said that part of the problem was that although ISIN is a unique issue identifier, it is not always a unique security identifier, because one ISIN can be shared among offerings in multiple locations. He said that the FISD’s research – outlined in a white paper on the subject of identifiers – had found that the most critical data element for unique identification is the official place of listing (OPOL).

The OPOL “identifies the primary and secondary markets where the security is listed and is needed to differentiate the security in the case of multiple listings,” Atkin said. “A market issuance in multiple locations will be subject to different settlement, pricing, tax/corporate event treatment and allocation of national numbers.”

In its work with industry groups, FISD has arrived at four suggestions for establishing precision in identifying securities. First, the ID number must be unique at all levels and for all applications. Second, there must be a timely and efficient mechanism for distributing instrument identifiers to the marketplace; Atkin said the current practice – “resulting in the creation of dummy codes, cross-referencing confusion and manual operations” – is too slow, and called for the allocation of new issue codes well before trading commences, as well as real-time allocation and intraday distribution. Third, all identifiers should include all the data elements required for unique identification. And fourth, identifiers must be available to all market participants at reasonable commercial terms.

Given these requirements, Atkin said, the issue then becomes ‘How does a solution get implemented?’ Atkin said the industry was confronted with a number of options. The first was the possibility of extending the ISIN standard. Atkin said that this was implausible, citing the expense and the fact that local national numbering associations don’t have access to information about multiple listings.

A second option, Atkin said, was the possibility of the new Association of National Numbering Associations (ANNA) Service Bureau’s adding OPOL and other relevant information to the ISIN feed, which is currently under consideration by ASB. Finally, there is the possibility of adopting one of the symbologies offered by real-time market data vendors, such as the Reuters Instrument Code (RIC). Atkin said the competitive and commercial obstacles to adopting one vendor’s symbol set were probably insurmountable.

Atkin mentioned, however, the new initiative by the London Stock Exchange to add extensions to its SEDOL numbering system, which may address the requirements as outlined by the FISD’s research.

In addition to identifying securities, the whole identification issue also must deal with entities. In this area, standards for identifier linking issuers, funds and counterparties are crucial, particularly to satisfy risk management and compliance requirements. Atkin said the reference data trade groups – Redac and RDUG – were now coming to terms with the issues surrounding legal entity identifiers and that the two were working together to bring some clarity to the issue in the absence of any industry consensus.

The second category of standards under discussion in the industry – data model and vocabulary, in effect content – involves the creation of an information architecture that focuses on common names, values and formats for managing reference data within the institution. Atkin stressed the importance of XML in this area, as a common format allowing firms to integrate many data sources and as a way of promoting a common understanding of content and how data elements relate to one another.

· Market Data Definition Language (MDDL), a specification owned and managed by FISD and dealing with the information required to set up master files and price financial instruments.
· Financial Information Exchange (FIX), a messaging standard for securities transactions and a vocabulary for pre-trade indications of interest.
· SwiftML, which governs the definition of data elements required for post-trade settlement and confirmations.
· ISO Technical Committee 68, Subcommittee 4 (TC68/SC4) Working Group 11, a data model for the securities industry and a central repository for financial terms and definitions within the ISO 15022 Data Field Dictionary.

Atkin drew attention to the activities of the ISO Working Group 11, which is about to release its call for experts to participate in the process of creating a 15022-compliant data model. He said the existing 15022 Data Field Dictionary is the repository for UML- and XML-based business process and messaging requirement information, and is being expanded with the help of FISD and FIX to include the full range of information throughout the transaction lifecycle. MDDL, he said, is to be integrated into the second edition of the 15022 specification, and its reference data and corporate actions vocabulary will become the vocabulary for market data within 15022.

Atkin’s final area of interest was standards processes and the need for global coordination. He explained his map of the current Standards Landscape: “There is only one global standards-setting organization for reference data and that is ISO – illustrated by the blue box in the middle. … For our purposes, we care about ISO Technical Committee 68 and the subcommittees and working groups under TC68, namely WG8, WG10 and WG11. WG8 is working on the International Business Entity Identification standard. WG10 is completing its work to make the 15022 messaging format XML-aware, and WG11 is just getting started creating the data model and vocabulary for market data.

“ANSI is the official U.S. representative to ISO. … ANSI has a similar structure to ISO, and in the U.S. we care about the X9D Committee of ANSI. FISD is a member of X9D and a liaison to TC68.

Atkin’s point was that the standards processes under way are complicated and interrelated. He closed his presentation by listing the main standards, groups and organizations affecting the market data industry. Finally, he stressed the need for global coordination, and cited FISD’s own work in collaborating with Swift, ANNA, X9D and the WG11.

END_OF_DOCUMENT_TOKEN_TO_BE_REPLACED 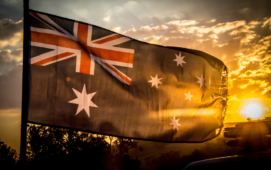 The year 2019/20 saw a doubling of LEI registrations in Australia, according to APIR Systems, a provider of essential infrastructure for the wealth management industry in Australia, including acting as an official registration agent for the issuance of LEIs. Coming into legal force in Australia on October 1, 2019 after numerous postponements, there has been...