Judging by feedback from various industry people in the New York City region, the principle data centres serving the financial markets survived the onslaught of Monday night’s Hurricane Sandy without any problems. One exception was a power issue at the 111 8th Avenue carrier hotel. Several data centres remain on generator power, though fuel deliveries appear to be happening as planned.

NYSE Euronext shut down on Monday and Tuesday, following some debate on whether or not to run with only its electronic market (i.e. no floor trading), prompting other securities exchanges to follow suit. A report on CNN on Monday evening that the NYSE trading floor was under water turned out to be false, and was quickly retracted. And while much of lower Manhattan went dark as power substations spectacularly exploded, some buildings at the tip of the island maintained power as they are served by a Brooklyn electrical grid.

The NYSE’s Mahwah, NJ data centre was cut over to generator power as a precaution ahead of the storm but returned to mains power supply on Tuesday.

Other data centres throughout New Jersey – including those operated by BT Radianz, Equinix, Nasdaq, Savvis and Telx – switched to generators and are mostly still running on them, as of earlier today. That said, no fuel supply issues are being reported or are expected.

One hiccup that did occur Monday night was at 111 8th Avenue, the Google-owned carrier hotel, where technical issues switching to backup power led to outages for some operations. Tenants Equinix, Telx and Zayo Communications have all experienced some issues since, related to fuel line/generator failures and cooling issues.

END_OF_DOCUMENT_TOKEN_TO_BE_REPLACED 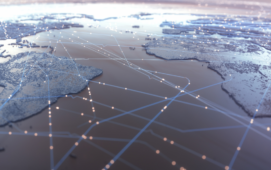 Transaction Network Services (TNS) has installed its ultra-low latency TNSXpress Layer 1 connectivity capability at the London Stock Exchange (LSE) colocation facility in the City of London. The implementation comes as the LSE is understood to be planning for a move to a new London data centre at the Telehouse facility on the Isle of...