The European Securities and Markets Authority (ESMA) is canvassing market participants’ views on messaging protocols for transaction reporting under the Markets in Financial Investments Regulation (MiFIR) in a questionnaire with a response deadline of March 6, 2015.

The questionnaire is part of a study on technical formats for MiFIR commissioned by ESMA and contracted to consultancies KPMG and Kurt Salmon. The aim of the study is to discover which messaging formats are being used for the exchange of transaction data; analyse these in order to verify their level of compliance with MiFIR requirements; and recommend one or more solutions that could be considered by ESMA as the future MiFIR reporting format for transaction reporting and instruments reference data.

The consultancies have made an initial assessment of standards used for transaction reporting against four criteria: scope of financial instruments; scope of transactions to be reported; compliance to instrument reference data; and current applications of the standard.

The outcome of the assessment is a shortlist of four technical formats:

* Financial Information eXchange (FIXML), the XML version of FIX and an industry standard for electronic trading, particularly equity trading, but also including other asset classes

* ISO 20022, the International Organization for Standardization standard for financial services messaging, which is not a format in the same sense as FpML and FIX, and instead describes how to create a message

The questionnaire – see below for details – asks investment firms, exchanges and Approved Reporting Mechanisms (ARMs) to what extent these four formats are used within their organisations and questions the challenges, benefits, impact on operations and cost implications of implementing each of the formats. It does not question the use of the formats for specific asset classes.

Chris Pickles, a member of the Bloomberg open symbology team, is working with the company on its response to the ESMA questionnaire. He says: “FIXML makes most sense as it is widely used and accepted in the market. It has the advantages of covering all asset classes and being able to carry FpML messages, and it is non-proprietary and free to use. Most firms already have a FIX engine so they can reuse their investment for transaction reporting relatively easily and without incurring large costs.”

Considering the case of firms reporting to regulators via ARMs, he adds: “If investment firms use FIX to feed into an ARM, and the ARM uses the same protocol to report to regulators, the translation load for the ARM is minimal and the risk associated with translating different incoming formats into one regulatory format for reporting is greatly reduced.”

The outcomes of the questionnaire are likely to be discussed between market participants and KPMG and Kurt Salmon before a recommendation on messaging formats for transaction reporting is made to ESMA. Pickles suggests the selection of a reporting format for MiFIR, which is expected to be implemented in January 2017, could have a significant influence beyond the European Economic Area and in the development of technical formats for other regulations.

He explains: “I would expect what happens in Europe to have an impact on the plans of regulators in other countries, particularly regulators in the US. Over time, harmonisation could lead to firms being able to report to regulators with one set of agreed industry standards. This would improve efficiency and reduce cost for both financial institutions and regulators.”

To add your view to the discussion on protocols for reporting under MifIR, complete the ESMA questionnaire: https://ec.europa.eu/eusurvey/runner/MiFIR_technical_formats_Survey.

END_OF_DOCUMENT_TOKEN_TO_BE_REPLACED 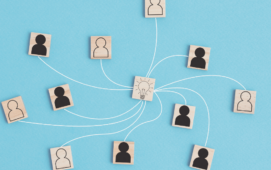