Exegy, a provider of hardware accelerated appliances, has detailed product developments it will release later this year including a faster, feature-rich Java applications programming interface (API), improved integration of the company’s managed services infrastructure with Thomson Reuters’ Data Access Control System (DACS), and a fourth generation of the Exegy platform. These additions follow the release of version 3.2 of the company’s ticker plant and market data system appliances, and its Client API last month.

The latest product developments respond to customer requests following Exegy’s campaign to grow its enterprise market data business early this year through the provision of a package of products and services designed to help users migrate to its market data solutions.

Development of the Java version of the Client API, which is common to all Exegy products and allows applications to receive normalised data from the Exegy ticker plant, market data system and trading application platform, is intended to bring its features and performance in line with that of the company’s C version of the API. David Taylor, chief technology officer at Exegy, comments: “With the success of our products and services in the broader enterprise market, we support a diverse set of applications, many of which are written in Java. Development of the Java API is a response to requests from our growing base of Java users.”

Enhanced integration of Exegy’s managed services infrastructure, which hosts and manages all Exegy appliances, with Thomson Reuters’ DACS solution will improve support for the generation of usage reports covering entitlements, feeds and individual instruments. On this, Taylor comments: “Our customers choose Exegy products and services for their total cost of ownership advantages. We have been asked to help them achieve comprehensive cost goals by enabling better insight and control over market data use.”

These product developments build on version 3.2 of the ticker plant and market data system appliances that were released in May with optimised capacity and speed. Version 3.2 doubles raw data input capacity to allow the appliances to ingest up to 15 million messages per second. Capacity, and increased speed, are delivered through the optimisation of data normalisation and book-building engines in the appliances. The company’s version 3.2 ticker plant, by way of example, can ingest raw market data and deliver normalised data to a customer application at an average latency of 10 to 15 microseconds.

The Client API has also been enhanced in version 3.2 to allow client applications to employ more threads and processor cores to consume normalised market data. With most applications needing only one appliance, Exegy maintains a small product footprint at colocation or proximity data centres, providing not only capacity and speed, but also beneficial total cost of ownership.

Taylor explains: “The 3.2 versions deliver end-to-end throughput and latency improvements for the most demanding consumers of market data. This is especially meaningful for consumers of direct feeds from the US options exchanges, which include several of our market maker and sell-side agency customers.”

Version 3.2 also includes improvements to customer monitoring and management of appliances that are deployed within the Exegy managed service. Key here are the ability to monitor appliance performance metrics and latency in real-time using monitoring objects in the Client API and an API that allows customers to write their own monitoring and alerting applications.

With hundreds of appliances deployed across North America and Europe, Exegy is planning a move into Asia. It is also planning the fourth generation of its hardware accelerated appliance platform. This, says Taylor, will allow the Exegy appliances to meet relentless demand for increases in market data capacity, add functionality and reduce end-to-end latency.

END_OF_DOCUMENT_TOKEN_TO_BE_REPLACED 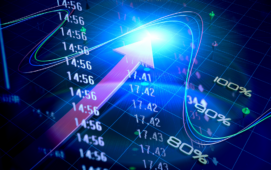