In a letter dated February 1 and released to the public on February 14, Maijoor wrote that market participants have told ESMA about firms that operate broker-crossing networks setting up networks of interconnected SIs and other liquidity providers, in order to exploit a “potential loophole” in MiFID II.

The arrangements by broker-crossing networks that Maijoor described would let SIs cross third-party buying and selling interests through matched principal trading. Liquidity provision agreements between members of these networks would support the practise. Maijoor stated that the practise might also be extended to instruments other than just equities, if it proves successful.

In the letter, ESMA asked Guersent and the EC to consider whether to address this activity with regulatory action. ESMA’s communication on the issue is the second time it has formally raised it to the EC, having previously done so in December 2014.

END_OF_DOCUMENT_TOKEN_TO_BE_REPLACED 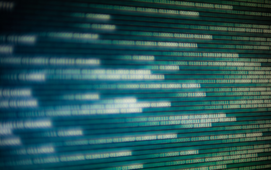 Relativity Teams Up with Proofpoint to Address Surveillance and Storage Regs

US surveillance technology specialist Relativity has forged a strategic deal to integrate Proofpoint Inc.’s Enterprise Archive solution with its own Relativity Trace AI-driven surveillance platform. Together, the two companies plan to help regulated entities address the archiving challenges posed by the SEC and Finra, as well as rules around market manipulation and insider trading, such...