Following a lengthy pilot program testing new ISO 20022 corporate actions announcement messages, The Depository Trust & Clearing Corporation (DTCC) has announced that that the ISO 20022 messages will be ready for implementation in November.

“Overall the pilot has proceeded very well. DTCC is processing large volumes now and the pilot firms have had very good interaction with each other and with DTCC,” said Steve Sloan, asset servicing product manager, J.P. Morgan Worldwide Securities Services. “This is a very big endeavor. We’re glad to be in the pilot and helping develop best practices for the industry.”

Ultimately, all Depository Trust Company (DTC) customers will have to transition to the ISO 20022. DTC is a subsidiary of DTCC.

“The November deployment of the ISO 20022 corporate actions announcement messages is a milestone in DTCC’s multi-year reengineering initiative,” said Daniel Thieke, DTCC vice president, Asset Services. “We’ve received lots of feedback on the new messages from the test firms and other industry members interested in the pilot. A number of companies and vendors have expressed interest in the ISO 20022 format, and we will help them transition to the new messages starting in 2012.”

Thieke pointed out some of the key milestones DTCC and its customers will see in 2012:

DTCC’s new browser-based user interface will provide a single unified corporate actions platform that will incorporate all event types, according to Robert Epstein, DTCC vice president, Asset Services. The browser will be implemented in phases beginning with distributions, followed by redemptions and reorganizations.

In another corporate actions development, DTCC, along with SWIFT and XBRL US, have successfully developed and mapped XBRL taxonomy to the ISO 20022 message formats. XBRL is a technology that allows issuers and agents of corporate actions to electronically tag key information on corporate actions in a standard format, which then permits recipients to readily consume the information. Tagging corporate action information at the source reduces the chances of misinterpretation and the associated risks while supporting the goal of straight-through processing.

END_OF_DOCUMENT_TOKEN_TO_BE_REPLACED 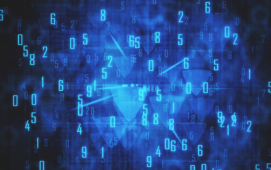