The firms in the pilot are the BNY Mellon, Brown Brothers Harriman, Investment Technology Group (ITG), JPMorgan Chase and National Financial Services. The pilot will test all event types for corporate actions announcements, including dividends, principal and interest, redemptions, and reorganisation events such as tender offers, stock splits and warrants, using the new ISO 20022 announcement messages and user interface.

“We’re strong believers in implementing best practice in the market place and that’s why we wanted to participate in this test pilot,” said Steve Sloan, asset servicing product manager, JPMorgan Worldwide Securities Services. “This pilot will help DTCC implement best practice for the corporate actions market, which will ultimately benefit all market participants by boosting efficiencies and reducing risk.”

ISO 20022 provides the financial services industry with a common platform for the development of messages in a standardised syntax and defines a number of key elements used in messaging. Supplementary data that does not fit into the current standard message format, or is specific to a particular country or market, can be added by extending the messages with an additional component. DTCC determined the supplemental information needed in these extensions for corporate actions processing in the US.

The new browser-based interface that will be used by the pilot firms ultimately will provide a unified corporate actions platform. The browser will handle announcement messages for the test pilot firms covering all event types – including distributions, redemptions and reorganisations. The entire corporate actions lifecycle, from announcements through instructions to allocations will be implemented in phases – announcements beginning in November 2011, followed by distributions and redemptions in 2012 and reorganisations in 2013 – with a dashboard for each event type grouping.

“The pilot represents a major step forward in DTCC’s reengineering initiative and moves us closer to straight-through processing,” said Susan Cosgrove, DTCC managing director and general manager, Settlement and Asset Services. “It will help change the face of corporate actions processing in the United States with standardised messaging and a user interface that, in effect, replaces more than 60 different legacy platforms that have evolved over the years.” She said the pilot would lay the groundwork for the eventual transition to ISO 20022 for all firms using DTCC corporate actions

Brett Lancaster, managing director, Securities Initiatives, Americas at Swift, said: “DTCC going live with test pilots for ISO 20022 corporate actions messages is a key milestone for DTCC and the industry. We are delighted to be part of this initiative and look forward to our continued work with DTCC and other financial institutions as we evolve the corporate actions program from a pilot to live traffic over Swift.”

DTCC will provide a lengthy period for firms to transition to ISO 20022 messaging because of the size and complexity of the reengineering initiative. DTCC will retire all legacy file formats on or before 2015.

The pilot runs through November 2011 and will incorporate the annual Swift standards update issued that month. At the conclusion of the test pilot, customers can begin to transition to the ISO 20022 announcement messaging at any time.

END_OF_DOCUMENT_TOKEN_TO_BE_REPLACED 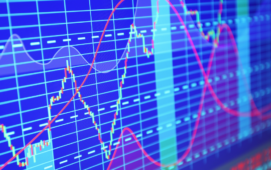 ICE Benchmark Administration has introduced ICE Risk Free Rate (RFR) Indexes in US Dollar (SOFR), Euro (€STR) and Japanese Yen (TONA). The indexes will be used to replace LIBOR rates and include ICE SONIA Indexes for GBP Sterling that the company released in April 2021. “Expanding the ICE Indexes to cover GBP, USD, EUR and...