Talks about a collaboration between Dow Jones Indexes and iBoxx hit the rocks earlier this month when the two sides failed to agree over the name of the new index they were planning to create. Dow Jones Indexes, with its Trac-x indices, and iBoxx both cover the credit default swaps marketplace. The two have been in discussions about the creation of a merged index, ostensibly to be named Dow Jones CDX. However, iBoxx and its backers, Deutsche Bank, ABN Amro and Citigroup, are apparently unhappy about the choice of name, and about the involvement of Mark-it Partners, the U.K. credit derivatives data provider that retains a stake in Trac-x, which has the backing of J.P Morgan and Morgan Stanley. The two sides are under pressure to come to an agreement before the end of the month, when contracts on their respective indices expire.

END_OF_DOCUMENT_TOKEN_TO_BE_REPLACED 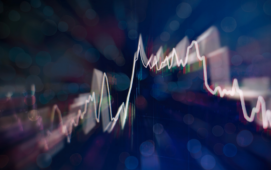