Memory technology specialist Diablo Technologies has introduced its TeraDIMM architecture, allowing Flash memory to be supported directly by the DRAM memory bus on servers, reducing latency and jitter for solid state disks. This approach from the Ottawa, Canada company is likely to be attractive for developers of trading applications, which leverage SSDs for such tasks as maintaining transaction state and audit trail data, and trade and quote time series, in a persistent manner.

To date, SSDs – which provide much higher performance than hard disks but still maintain data when power is switched off – have commonly been deployed via adding a PCIe card to a server. While PCIe is a high bandwidth bus, it is also fairly high latency, and prone to latency variances (jitter) as other PCIe devices – notable network I/O – typically share the PCIe bus and so contention can occur. Also, the number of PCIe card slots on server motherboards is generally limited, so that usually just a single PCIe SSD can be fitted into a server.

Working with SSD specialist Smart Storage Systems, Diablo has designed its Flash storage to work with the DDR3 memory bus that servers use to communicate between the CPU and DRAM. The Flash storage devices – 200GB to 400GB initially – are installed in the DIMM sockets on a server motherboard that might otherwise support DRAM. In a typical server, more than six terabytes of Flash can be supported, says Diablo’s vice president of marketing Kevin Wagner, though he notes that higher capacity is available in some servers with additional DIMM sockets.

Another benefit of the Diablo approach, says Wagner, is that blade servers – often deployed in low-latency co-lo data centres for reasons of compactness – can readily accept DIMM-format devices, whereas PCIe cards – if supported at all – generally need to be manufactured to a non-standard form factor, and so are expensive.

No operating system or application level changes are required to leverage the Diablo DIMM devices, since they are accessed like other SSDs as block disk storage. Wagner says that the company is working with a number of OEM and ISV vendors – he declines to name at this stage – to ensure widespread support for the technology, which is currently being tested by a number of customers, including Wall Street firms. When generally available, it will be available from Smart Storage.

As well as typical low-latency trading applications, the Diablo approach is also likely to find interest from those with big data analytics applications, since it supports several terabytes of fast, non volatile, storage per server. 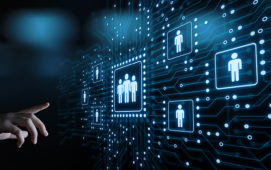 END_OF_DOCUMENT_TOKEN_TO_BE_REPLACED

Matt Barrett, CEO & Co-Founder of Adaptive Financial Consulting discusses what’s to come in trading technology, how the pandemic has “created a once in a generation rapid acceleration of change in the way people interact in capital markets”, and why he’s looking forward to speaking at TradingTech Summit London on 22 February. If you’d like...