Developing a Benchmark for Latency

FIX Protocol Limited (FPL) is the non-profit, global industry organisation focused on driving increased efficiencies and cost savings for the trading community. FPL is a membership-driven organisation that works closely with firms across the globe to develop standards that address the real business challenges impacting trading capabilities. The organisation has recently turned its attention to latency measurement.

The low-latency arms race is now well underway, and firms across the industry frequency publish ever-decreasing latency levels; however, without a common benchmark for latency measurement, what do these numbers really mean, and to what degree are comparisons possible?

The current situation is rather confusing. There are many points in the transaction of a trade where latency could be measured. If one broker or exchange publishes numbers from one point, and another a different point, developing meaningful comparisons can prove challenging. This issue is amplified by the fact that latency is often quoted as a single number; whilst the latency of a single order can be reflected as a single number, the reality is that exchanges process many thousands of orders each day, some of which are faster than others. This creates a distribution curve, from which the probability of a trade taking a specific time to complete can be calculated.  These distribution curves normally peak and then have a long tail due to many trades being completed in a timely manner but problems that cause delays occur with the remaining few.

Unsurprisingly, the latency numbers often quoted relate to the trades that achieved the strongest results and this can be just a small proportion of those overall. This raises the question: could it be more beneficial if market participants were able to view a standardised set of statistics, so the results achieved by one firm could be directly compared with those of another?

A further challenge for consideration is that of disparate locations: to measure latency in different locations, a timing device is needed at either end of the communications link. These devices need to communicate with each other, so they can record the time at which a trade passes through the first device and then the time at which the same trade passes through the second device, to calculate how long it has taken. To date, all of the vendor supplied solutions available for this have used proprietary communication protocols.

Keen to address these challenges and increase efficiencies in this area, FPL launched the FIX Inter-Party Latency (FIXIPL)Working Group in late 2010. This group, comprised of volunteers from firms across the industry, quickly became FPL’s largest membership group, clearly demonstrating the significance of the issues under review. Since its formation, group members have worked diligently to address these issues. The group is developing the first free, open and non-proprietary industry standard that that will enable the consistent measurement of a trade as it travels through various systems at exchanges, trading venues and investment banks. Additional to this, a set of industry guidelines will be produced which will encourage common latency reporting at identified points throughout the trade lifecycle, on a defined set of criteria, and including a specific minimum acceptable set of statistics.

Testing of the new standard was recently conducted in three independent real-world environments by separate FPL member firms. Additional testing is now underway to incorporate further functionality that will meet all comprehensive business needs and ensure the standard effectively supports industry requirements when it is released to the market in Q4 2011.

FPL anticipates the standard will offer a new level of support to market participants, providing a much-needed benchmark for latency measurement, and the industry as a whole has expressed enthusiasm for its release.

END_OF_DOCUMENT_TOKEN_TO_BE_REPLACED 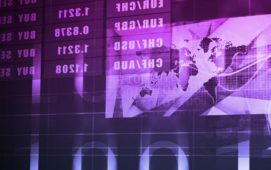